Can practices benefit from social media?

Can practices benefit from social media? 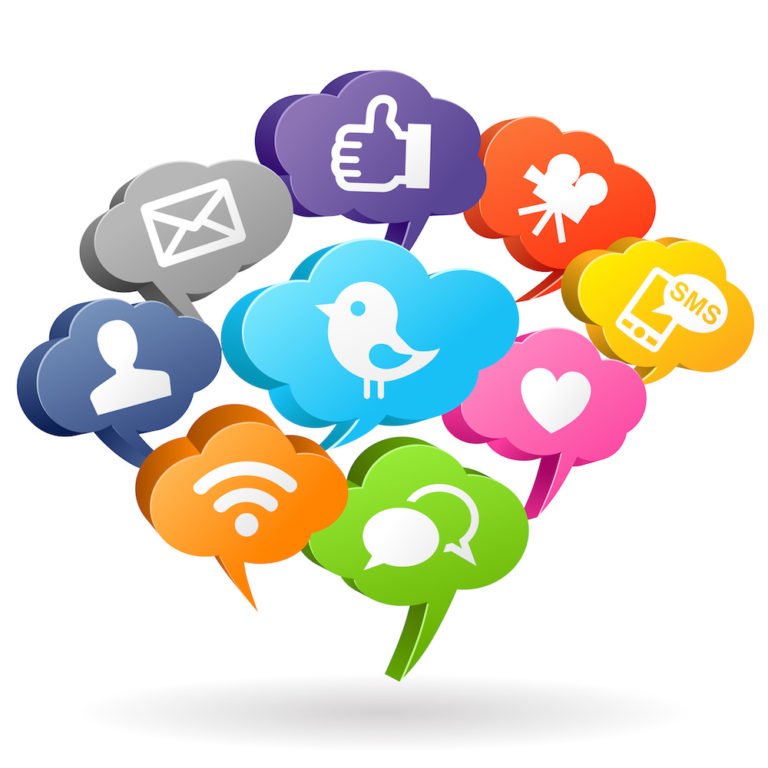 The growth of social media and the vast amount of material available online has signalled a change in the way people consume information – and it’s a medium that shows no sign of abating. To put the use of social into perspective, here are some figures from research conducted by eMarketer:

Despite those numbers, social media activity by GP practices remains relatively low. And that’s understandable – practice managers are often heard asking why would GP practices want to use social media? Is it worth the risk?

According to a recent study by West Midlands Academic Health Science Network (WMAHSN), yes it is! It found that GP practices should prioritise setting up official pages on Facebook to capture patient feedback.

The study was carried out by researchers at Keele University, including Dr Ruth Chambers, Long Term Conditions Lead for WMAHSN as well as GP principal in Stoke-on-Trent, Chair of Stoke-on-Trent Clinical Commissioning Group and Honorary Professor at Keele and Staffordshire Universities.

The researchers set out to understand the use of Facebook by GP practices and whether the platform provides novel insights, compared with other patient feedback tools, such as NHS Choices and the Patient Survey.

Focusing on Stoke-on-Trent and North Staffordshire, the analysis found that a majority of practices had some presence on the popular social media network. However, out of 83 practices studied, only 31 had a practice-owned, official Facebook page, while 41 out of the 52 remaining practices had an unofficial page.

The study, published in BJGP Open, concluded that “patient engagement with pages suggests demand for this technology”, but that there were “risks associated with unmoderated unofficial pages”.

The researchers said: “Evidence was found of unofficial pages having been vandalised and used for the non-intended purpose of advertising local businesses; further, there was a trend towards less positive feedback on unofficial Facebook pages. Thus, it is suggested that practices consider the value of hosting at least an official landing page which, as a minimum, would act as a directory listing for a practice.

“This would serve a subsidiary function of preventing unmoderated, inaccurate, and inappropriate information within unofficial pages being prominent in search results; although, within the examples found, content was generally not harmful, these have potential to seriously damage the reputation of a practice if interpreted as being practice-endorsed.”

The study suggested that these risks, which included pages set up entirely without the practices’ knowledge, “can be mitigated by practices having official pages hosted by the practice with appropriate protocols in place for managing them”. It also found that practices’ use of Facebook pages is variable, but “most commonly used to provide generic practice information and for gaining patient feedback”.

The researchers also found that, generally, the number of Facebook reviews was higher than the number of NHS Choices reviews, which suggests that Facebook may represent a conduit for feedback not captured elsewhere.

Reap what you sow

Ultimately, practices will get back what they put in – that’s no different to any other organisation – but social media can be a hit. For example, if a practice wants to engage with patients on health issues, and signpost people to services that may reduce pressure, social media is a great platform.

Examples of successful uses include:

Focusing back on Stoke-on-Trent, GPs there have been embracing the use of social media to improve the way they get important health messages to patients. By developing the use of Facebook pages, Youtube videos and Twitter accounts, a healthy proportion of practices in the area have been able to reach out to patients in the comfort of their own home.

Stoke residents have shown a real interest in communicating with some of their GP practices through Facebook – and in a six-month period a couple of years ago – the reach of health posts and practice updates tipped the 250,000 mark. With over 11,000 patients regularly interacting with practices on Facebook, Stoke-on-Trent CCG hopes to see people manage their health better by giving them access to health information through a channel that suits the patient.

Dr Ruth Chambers said: “Practices have been able to use Facebook to send important information out about the numbers of people who don’t turn up for their appointments or the excellent services that can also be provided by local pharmacies.

One practice, for example, was able to use Facebook to tell patients that in October there were 96 missed GP appointments and 215 missed nurse appointments – a total of 61 hours of missed appointments at that one practice alone. The discussion this generates is helpful as hopefully people will begin to learn to tell practices in advance if they can’t make their appointment so it can be given to someone else who needs it.

This is vital because once people realise that by failing to turn up for an appointment or making an appointment to see a doctor for something a pharmacist can treat, additional pressures are placed on already stretched services.”

“Some of these people rarely come into contact with other people who live with these conditions in the same way so hopefully these groups will help them manage this together. A number of the practices on the programme have also used sites such as Youtube to give asthma inhaler demonstrations and promote services available in the practices. It is also the ambition of Stoke-on-Trent CCG to introduce the use of Skype and Video conferencing to allow patients to speak to GPs and nurses without having to visit the practice.”

It’s worth pointing out that while Facebook is an effective platform, online PPG platforms have been purpose-built for the task, and therefore deliver all of the necessary tools a practice needs to fully engage with their PPG.

As an online service it’s available 24/7, allowing those who can’t always attend meetings – such as single mums, younger people, shift workers – to have a voice. Those who lack the confidence to voice their opinions in a group meeting set-up can also contribute more easily with the perceived anonymity that internet forums offer.

Privacy is another key benefit of purpose-built platforms. On myPPG, for example, once practices have registered they will be provided with a private forum that only authorised staff and practice patients can access. Patients can post messages and comments and make positive and constructive suggestions about their surgery. Practices can respond to comments and other patients can join in the discussion too, creating a fully interactive forum. Practices have full control over the content and can edit and delete posts at any time, ensuring that myPPG is not a complaints board for patients – something that is made clear throughout the site. Closed Facebook Groups don’t offer this level of functionality.

As this article shows, social media (and online tech for that matter), if used right, can be a powerful tool. How to use it right is a conversation for another day – so watch this space!

How do you use social media? Is it working for you? What tips can you share? Let us know by commenting below, or start the conversation on the Practice Index forum here.

A shortcut to do your own referral
What happens when a PM burns out?
Paying for an interviewee’s travel expenses?
Is anyone else tired of battling to get through the day?