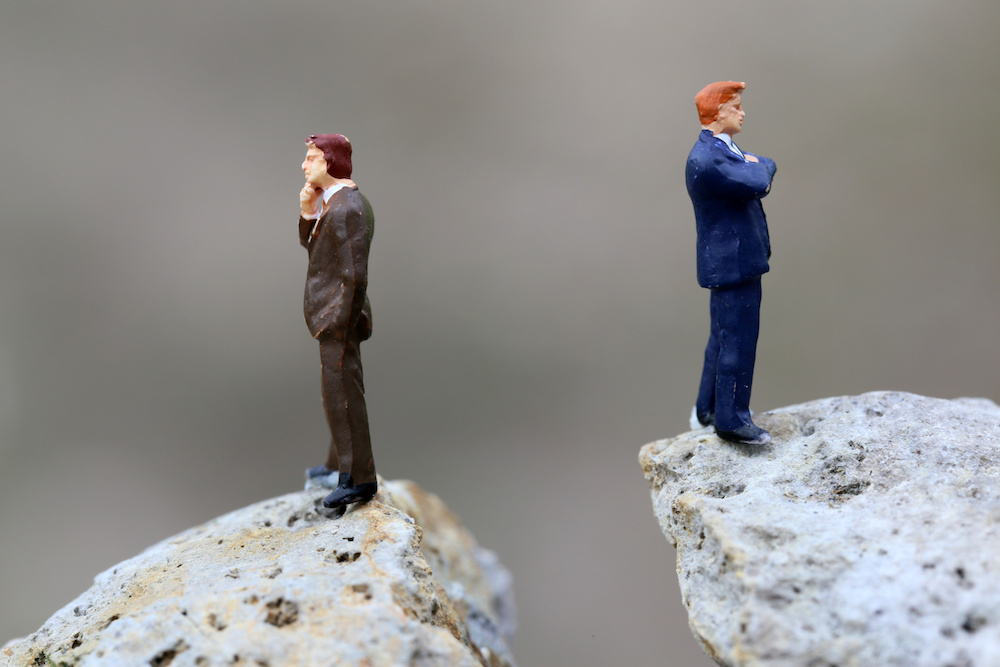 An anonymous practice manager – using personal experiences of working for both sides – shares their views on the culture gap that exists between practices and CCGs, and why surgeries will struggle to get the support they need until that gap is bridged.

I’d been managing GP practices for well over a decade before I decided to take up a role at a CCG. Most of that practice management time was spent managing independent practices across different cities mainly ones in difficulty. That, as you can imagine, was exhausting, so the time came for me to move on to a new challenge, which happened to be as a senior commissioner for GP contracting. Having previously worked in a PCT, this appealed, not least because I felt I had a lot to offer from a transformational perspective and I thought there would be the opportunity to make truly meaningful change for GP practices.

When I first walked into the CCG’s offices I liked what I saw. It was all open plan. It was very calm. It was a pleasant place to be. And a big change from the crazy environment I was used to. On my first week it was ‘a wellbeing at work for staff week’, so there were lots of activities taking place and you could book into sessions such as Pilates and massages. I thought I had made it! The corporate NHS world seemed brilliant!

However, it also seemed weird. It was like Venus to Mars. The major issue I had was that the CCG environment didn’t even feel familiar to what I was used to in the practice world. They’re both supposed to be primary care, but I felt like a fish out of water.

Having been in the PCT in the same city many years previously, when I walked into the CCG I saw some of the same people. They’ve gone through organisational change after organisational change and some were still there doing the same jobs. Continuity is good, right? I recently heard on the radio that there’s no such thing as a job for life – except, it appears, in the NHS. I’ve got nothing against people taking advantage of job security, but what struck me was that those people were still doing the same things they were all those years ago. That’s despite the clear needs of practices changing and the world of primary care evolving so, so much. They also looked bored.

As a result, the open plan set-up – designed to enhance collaboration and improve integrated working as it’s known – didn’t work. There was silence. You could hear a pin drop. It was soulless. Nobody had any appetite for change, let alone improvement.

Then there was the difference between the working week. I was seated near the exit. Having gone from working a 50-hour week in general practice, I was surprised to see the same people pass the end of my desk at the same time, every day, regardless of what needed to be done and some of these people were very senior. It was like an old-fashioned factory clocking in and out system for some, while others, like me continued to work lots of hours!

Uninterested in the frontline

Despite all of that, I decided to try and make the most of it. The CCG, at that time, had taken over full delegation of GP contracts. I went in and created a role (working 50-hour weeks again!) that would provide some support for the high number of practices across the city.

Around the same time that I joined the CCG, the GP Forward View landed too, so it was a pivotal time for practices and it was essential the CCG provided as much support as possible, using investment wisely.

Yet, when I asked the directors for the CCGs response to the strategic Forward View plan, everybody looked at me blankly. Seriously, some hadn’t even read it, and nobody had realised they were supposed to draw up a response on what they were going to do to transform primary care for the next five years using the significant amount of funding that was coming into the system. We were already a year behind.

And that was the problem. When you got down to the nitty gritty of actually making a difference and actually helping the wheels of the NHS moved too slowly.  I found myself working very reactively responding to urgent matters while the plan to transform primary care slipped way down the agenda. Public and senior power facing policies, documents and strategic plans were all pretty polished – usually because an external organisation had been brought in to do it at great expense – but the policies and efforts that really make a difference to the front line were lacking. The CCG was on another planet, despite being the organisation with the responsibility, accountability and funding for what we do out in general practice.

One of the major reasons for the lack of support for GP practices is that I found there was a total absence of any understanding or expertise around delivering general practice.

The big underlying problem is that there’s too much focus on the financial situation and making cost-savings. All of the big strategic plans in CCGs are around how to save money. Making quick savings and delivering care out of hospital is so much of a focus that decision-makers lose sight of the core reasons why practices exist and why they underpin the wider delivery of health care across the NHS.  Primary care can absolutely support the strategic plans around making services more effective and developing out of hospital care, but unless the time and energy is spent in supporting core general practice survive then all of the strategic plans may as well be thrown away.

There are many issues that CCGs need to deal with if they are to be of greater benefit to practices. One of the biggest issues is the situation around co-commissioning. Whilst they’re in bed with NHS England, there are problems. It appeared to me that all of the real local expertise was separated off into Local Area Teams at NHS England; and that’s where the expertise remains. Through delegation, CCGs have created another layer, with mixed knowledge bases from all areas of primary care.

However, NHS England has become increasingly faceless, to both practices and CCGs, and that means nobody is quite sure who’s supposed to be doing what, and who’s responsible for what. Local Area Teams weren’t being delegated to CCGS to provide a service. As a result, all of the responsibility sits at the CCG, but none of the expertise or resource!

The system itself plays a big part in the failings of a CCG – it just doesn’t work.

These thoughts provide a snapshot of my experience at one CCG. Do I think that these issues are typical of CCGs across the country? Yes, I do. Talking to other CCG staff working in similar roles to the one I had, the problems are the same or similar across the board. The structures were consistently wrong. The directors missed the same points. There was a consistently wrong attitude towards change. The lack of appetite to help was visible across the board. Capacity and expertise was lacking.

As you would expect, I didn’t last long in the CCG. It’s great to be back in practice management, where I can make a difference, albeit on a smaller scale.

Finally, I would like to point out that, if things are to change, practices need to play their part too. CCGs have big problems and they simply aren’t delivering what they should, the way they should. But, as hard as it is given the challenges practices face and the constant firefighting taking place, everybody needs to meet in the middle. The structure has come from government and we need to find a way to work better within it – for the good of all of us. We need to rise up to the strategic challenge and, above all else, help each other and ensure the strategic funding made available filters down.

In other words, we need to make things happen.

6 Responses to “The great practice/CCG divide”
Leave a Reply