My first year as a GP Practice Manager by Riz Husain

My first year as a GP Practice Manager by Riz Husain 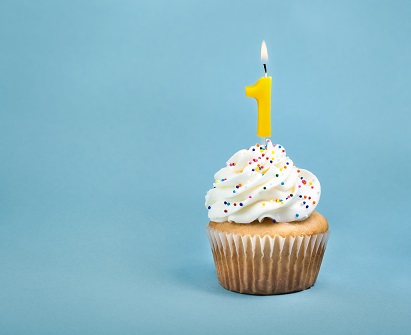 It’s scary how time passes so quickly when you’re a Practice Manager. The hours zoom by, as do the days and months. I’ve been in post for a full year now and surprisingly I still don’t feel any suicidal tendencies!

I have to say I’m very lucky to be in my job because it’s a job with such diversity to it, and thus it always keeps me interested.

However, I’ve discovered that it’s not without its problems. Recently I’ve noticed I’m developing a flat spot on my forehead. Attending meetings with other practice managers and I’ve noticed they’ve also got the same issue; some more pronounced than others. After doing a lot of research I’ve discovered that this flat spot develops due to constantly banging your forehead on the NHS England wall.

Then there’s the issue of the feedback NHS England require. Aside from the data for payments there’s a lot of ‘management information’. When I first started I was desperately trying to complete this by composing complex reports on EMIS Web to hopefully satisfy their requirements. However, I’ve recently discovered that many Practice Managers don’t bother with it and enter zero on all requirements. But if this information is important then why isn’t NHS England composing reports for all clinical systems upfront, so Practice Managers can take those reports and give them the information they need? That way NHS England would know the data they receive is accurate, and we Practice Managers don’t waste time.

Having come from an IT background I’ve been using the web since I bought my 14.4Kb/s dial-up modem back in 1995. It wasn’t long after that when Amazon.co.uk was launched. How can a start-up from 1994 have a great intuitive website within a couple of years, yet an organisation that’s the fourth largest employer in the world still can’t employ a single decent web designer? Scarily this was 20 years ago!

After all the submissions at the end of year comes the exhausting experience of chasing payments. I swear the Immunisation team have an extra button on their calculator labelled ‘lucky dip’. Where do they get their figures from? I’ve entered what they owe us on their systems but it’s like they’re a dodgy wide-boy who wants to short change you in the hope you won’t notice or won’t bother to hassle them for the rest. Well I’ve got news for you sunny boy; you will give me that £7.64 you owe me!

Am I the only one who gets weary of so many acronyms? FFS!

The latest acronym to give me a headache is CQC. Now in a former life I was a Quality Manager, dealing with ISO 9001:200 et al. I appreciate that audits and inspections are there to ensure robustness, quality, sustainability, and customer (patient) satisfaction. But unlike ISO 9001:2000 there’s no standard to work to for GP Practices. If CQC had a British Standard for GP Practices to align themselves to and thus be audited on, everyone would have an exact idea of what needs to be done, what will be audited, and what the outcome is likely to be for a visit.

However, the reality is that there’s inconsistency from one CQC inspection to another. I don’t know what your borough/area is like but here in Barnet we’ve all be trying to cover so many possibilities that it feels we’ve hardly got time to treat patients. Their remit is so general that inconsistencies between one visit compared with another can be vast.

Maybe CQC need to have some sort of quality control? Hmm, maybe I am feeling suicidal tendencies after all!

Now working as a Practice Manager in Barnet and really enjoying the new challenges it brings.

View all posts by Riz Husain →

Vaccine provision piling on the pressure for practices