This is not so much a rant, more a ‘call to arms’ – By Nicola Davies

This is not so much a rant, more a ‘call to arms’ – By Nicola Davies 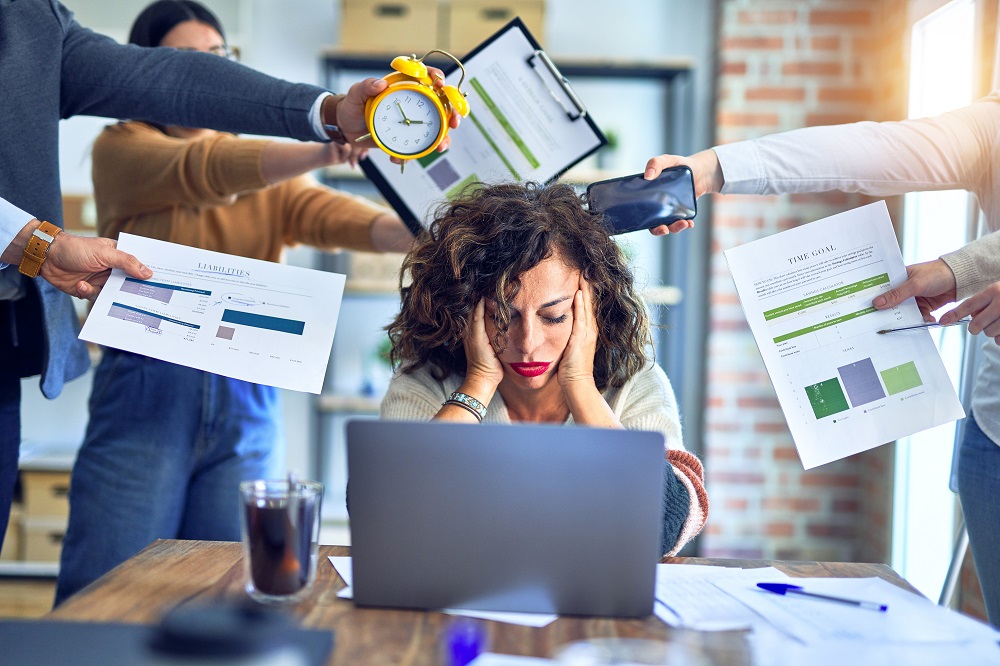 Earlier this week on the forum, there was an anonymous post from one of our colleagues asking if they “should stay or go”. Alarmingly, there were a number of comments posted saying that they too were going, or would be going shortly. This made me incredibly sad at the rapid exodus of good, solid managers who have just had enough.

You may be aware that I’m participating in a series of podcasts for Practice Index (yet another platform for me to mouth off!!) and this week’s – is about our wellbeing, what makes us ‘heartsink’, how do we cope, and it’s clear that as a profession, we’re feeling more isolated, more remote, more unsupported.

We know that the practice manager role is not an easy one – and if you’re expecting an easy life, then you’re totally in the wrong place!  This year has been crazy, and it looks like we’re in this for the long haul – there is no light at the end of the tunnel and coming from me, as the ‘optimist/glass half full’, well that’s saying something.  We’re getting loaded and loaded with more and more c**p from on high, and as I say in the podcast (which obviously you’ll download the minute you get the message from the PI team!), the pressure is on  us to respond to the constant emails to do what ‘they’ say – without consultation – and do it now.

It’s no wonder many of us are saying we can’t hack it anymore.

There are two strands to my concerns here – firstly,  it’s clear managers in primary care are just not getting enough support. Secondly, if you decide you’ve had enough, what support is your replacement getting? Are they the right person for the job? And that’s not necessarily about their skills with the accounts, or change management or HR etc., the question is “are they robust enough to take the c**p, deal with it, sort it, manage it, cope with it?”

Do you have a ‘recruit from within’ option?  Is that person getting the necessary support and training to hit the ground running?  If not, they’ll fall at the first hurdle, and that can be said for those new-in-post who may already have other, proven skills – but if they’ve not experienced the ‘joy’ that is primary care, they’re in for a shock.  Let’s not beat about the bush here – this is a HARD job, full of stress, but some of it IS positive stress, it’s not all negative and I don’t want to be on a complete downer!

The point I’m getting to is this – in the ‘olden days’ (when I first started) the practice manager was often the receptionist who had just worked there the longest.  Her day (and yes this is sexist, but it was, back then, a 100% female environment behind that desk) was filled mostly with rotas, ensuring that the letters got filed (all paper and all by hand) and maybe payroll, and my practice manager at the time sat behind a desk directing everyone, while she drank coffee in between fag breaks.  It was at that point that I thought “I could do that”.  Be careful what you wish for!

As the years passed and I took on more qualifications, more responsibility and worked my way up, I’ve seen massive changes in primary care and the role itself. We have totally and utterly become a profession in our own right – and yet, we are the most isolated, often the most lonely person in the whole organisation.  We are everybody’s friend and nobody’s best mate – that cog right in the middle of everyone else – and if we stop working for whatever reason, the whole thing falls like a pack of cards.

My ‘call to arms’ is to ask whether we feel that we need someone on our side, truly on our side? Is that a union? Is that some other official ‘body’ that would give us what we need, a voice, a mechanism for support, an outlet for frustration – and we know that we have our colleagues on the PI forum.  Practice Index fills a massive gap for those of us who might not have support locally.  We know that not every PM has supportive partners. We absolutely understand that every PM has difficult days with staff where we could literally smack them across the back of the legs and tell them to grow up and behave like an adult – but we can’t and so we internalise all that frustration until we blow.

Everyone needs that pressure cooker valve to blow every now and again – but if you’re anything like me, you can only spout off to yourself or your other half who knows absolutely diddly-squat about what you’re going through but at least you get it off your chest!

I feel like I need to absolutely do something about the numbers of our colleagues who have just had enough but I can’t do this on my own, not even with my loudest Manc voice!

I can ‘tweet’ Nikki Kanani, I can contact my local director of primary care – but what are they actually going to do – nothing – BUT, if they don’t know how absolutely strongly we feel about the lack of support and the pressure being placed on us, then we’ve only got ourselves to blame.  Is it time for a revolution?

11 Responses to “This is not so much a rant, more a ‘call to arms’ – By Nicola Davies”
Leave a Reply