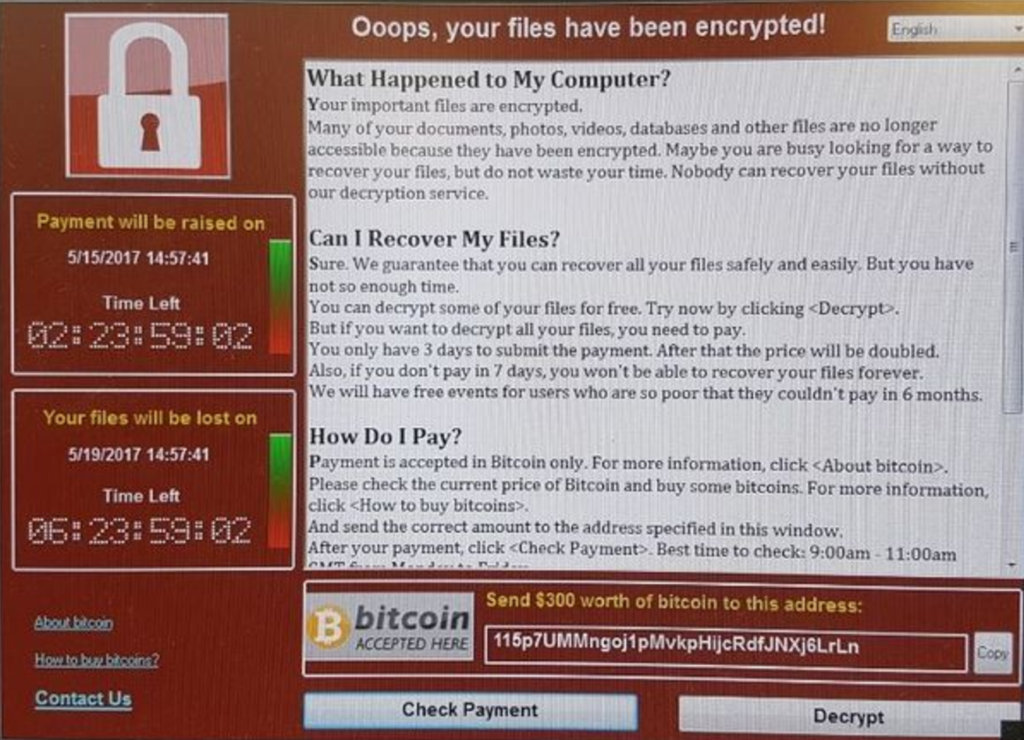 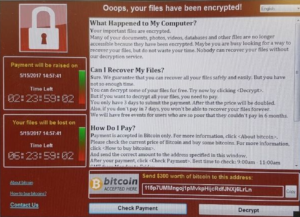 A lot has happened since I last put pen to paper. Fairly significantly I got married, just waiting now for the ball and chain to be soldered on, but otherwise he’s lovely, but, more recently, (and a much larger issue) was the ‘cyber’ attack! Many of us had problems last week with computers going down.  There are those of us who don’t run a hosted system, but those wretched little viruses will get in one way or the other, so a big switch off was in everyone’s best interests.

However, I got a bit peeved for all the patients who had had routine hospital stuff cancelled – but I do understand that absolutely everything that anyone does in secondary care is deliberately handled within a computer system – so, even if you attend for a pre-operative assessment a week before your op and you have routine bloods (including blood grouping) done, it isn’t printed out and put with a paper record for the consultant and anaesthetist to have to hand – it is only stored on the computer.  MRI, X-ray, pathology… none of them will work without a computer. I know if our computers fail at the surgery, for whatever reason, it’s a complete pain for the docs as they can’t access up-to-date information for the patient sat in front of them and nor can we make/cancel appointments, phone patients with results, type letters up etc.

We’ve done this fantastic job of putting technology everywhere, so at the touch of a button, we can access a million different (giga) bits of information – but we really have become a victim of our own success by doing exactly that.  If the technology fails, essentially we’re screwed.  What’s our Plan B?!  I’m not sure we’ve got one, have we? Jeremy was conspicuous in his absence from the media over the weekend – no doubt burying his head somewhere trying to think up a quick solution to the huge numbers of PCs throughout primary and secondary care requiring fairly essential updates (because XP was NEVER going to work properly!) – and now that NHS Digital has got it mostly under control, how’s he going to pay for it?

The Labour Party has reported that they will pay for IT upgrades as part of their latest manifesto – not sure where the money is coming from though? Possibly from the £350 million that was going to go to the EU and allegedly was going to be used to fund the NHS, although that might just have been Boris ‘spin’ because apparently they never actually promised £350 million… Mmmm…

We’re very fortunate to have groups of IT specialists around the country who have worked really hard to get everyone up and running post-cyber attack – but the hackers have shown they could do it and no doubt they’ll have another go soon enough.   I imagine we’ll be having our retinas screened and fingerprints swiped before we can even log onto the computer, much less get into the clinical system – but until then, what approach do we take?  I don’t think that printing summaries for everyone coming in to see the doc/nurse, just in case the computers go down is a viable option – I can’t afford the paper, much less the staff to do the printing! So I think we might just have to expect the worst and hope for the best.  Let’s hope that Jeremy finds the money from somewhere (or his replacement – I still don’t understand how he’s kept his job but maybe there’s mileage in the ‘devil you know’!). Let’s hope that the IT chaps are three steps ahead of the hackers and we don’t have a Friday afternoon like last week.

Otherwise, the only solution I can see is that which one of my Twitter followers suggested… the handwriting of a GP has been indecipherable since the Year Dot and there’s no way anyone could hack into that!