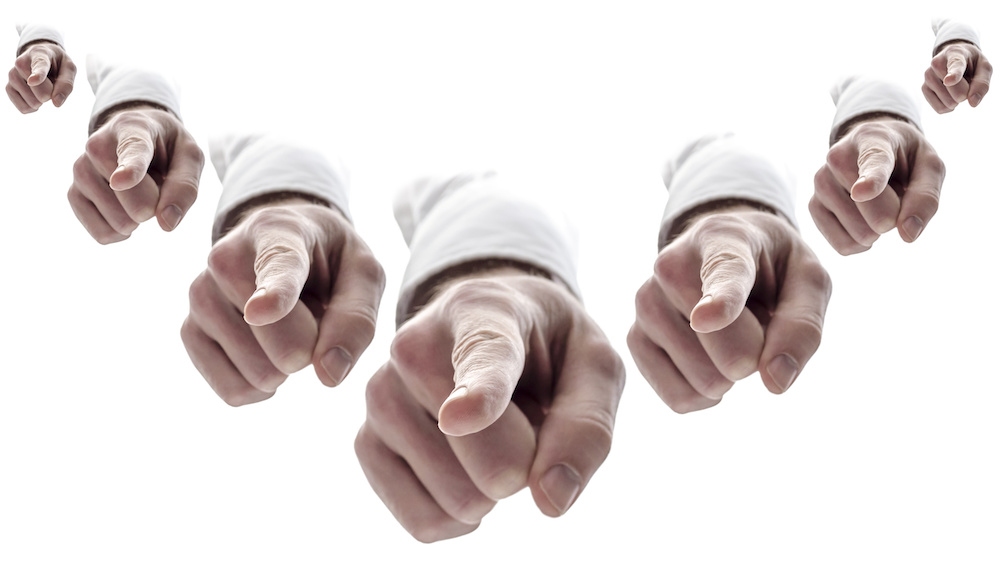 One of the main talking points in practices up and down the country this week has been the prime minister’s statement that all practices will open from 8am to 8pm, seven days a week, or risk losing funding.

In a nutshell, the government wants surgeries to keep these extended hours, unless they can prove the demand is not there. It said many patients were going to under-pressure A&E departments because they could not get GP appointments.

“It is increasingly clear that a large number of surgeries are not providing the access that patients need – and that patients are suffering as a result,” read the statement.

Not only is this attack on primary care unfair – incredible things are being achieved with diminishing resources – it’s totally and utterly delusional. Many commentators have said that the PM is making a scapegoat out of GPs to divert attention away from the critical issues facing the NHS or divert attention away from the ongoing Brexit debate. Whatever the reasons for making the statement, there’s very little to suggest it should, or even could, happen. Here’s why:

Lack of funding: All of the NHS needs more funding. Professor Helen Stokes-Lampard, Chair of the Royal College of GPs, said: “Blaming GPs for the crisis facing our NHS is not going to help anyone, instead we need to start investing in our health service properly, so that there are adequate resources and clinical staff to deliver the care our patients need and deserve.

“General practice makes 90% of all NHS patient contacts for just over 8% of the budget. We see more than 1.3m patients across the UK every day. We provide the most cost-effective care in the NHS, and the care our patients want – but we need the resources to be able to do this.”

In a letter to the PM and media, Dr Paul Roblin, secretary of Berkshire LMC said: “Resources currently provided by government are insufficient to cover a good routine and emergency GP service over five days a week. This is not the time to deflect blame or scapegoat overstretched GP services, when the fundamental cause of this crisis is that funding is not keeping up with demand.”

Lack of staff: Talking of lack of resources, problems don’t come much bigger than a critical shortage of GPs. Who’s supposed to provide additional appointments when there’s already a shortage of doctors?

The government has thus far failed to show how it will deliver on its promise of delivering an extra 5,000 GPs by 2020. In 2016 just a few hundred more GP trainees and returners were recruited – barely enough to keep pace with the retirements and emigrations of existing staff. Estimates reckon the government will miss its target by half, at least.

It’s not just GPs that need to be considered here. Practice managers, nurses, pharmacists, receptionists, cleaners… all practice staff need to be signing up to longer hours and shift work if seven-day opening is to become a reality.

A self-fulfilling prophecy: Seven-day opening will remove one of the main benefits of life in general practice for new doctors – the lack of shift work. Take this away and the profession becomes less attractive, adding to the GP shortage.

Lack of interest: Failed pilots, lack of public interest and real-life evidence – there are numerous examples of practices that have had to stop offering extended opening hours because of a lack of patient demand for them – shows that seven-day access is unnecessary.

The government itself agrees with this! People just aren’t using Sunday appointments; an October 2015 evaluation of the seven-day GP access pilots found ‘very low utilisation of Sunday GP appointments’, and concluded resources would be better off used elsewhere. The study, released by NHS England, found that the cost of extended hours GP access was between £30 and £50 per appointment offered. However, many appointments on Sundays and Saturday afternoons were not filled, it said.

When a political party makes a manifesto pledge, whatever the topic, surely it should be open for debate in order to find a workable solution? It shouldn’t be pushed through for the sake of it. “Doctors are expected to follow evidence-based medicine, so could our politicians set an example and practice evidence-based politics?” added Dr Roblin.

Lack of consistency: Our PM’s rhetoric also seems to be at odds with that of her health secretary. Jeremy Hunt told Pulse recently that the policy was never meant to be for every practice. We are not “asking every practice to open seven days a week” but instead are “looking for solutions to be offered by a network of practices”, he said.

It’s not working!: Further evidence that our PM might need to look at the policy comes in the form of more evidence – and progress already made on this by our current administration. A third of the country is now covered by some kind of seven-day network, funded by a five-year programme set up by David Cameron. Are we hearing stories of A&E pressures suddenly being eased in these areas? You know the answer…

Contracts: An often overlooked point is that GPs are not direct NHS employees. As it currently stands, GPs see patients for the number of hours they are contracted to each week. Any change in this contract would need to be renegotiated and cannot be rewritten when a prime minister says so.

Attacking an already overstretched and demoralised primary care sector doesn’t help anyone. Seven-day opening isn’t the answer to hospital overcrowding, A&E pressures or any other problem within the NHS. Additional funding, better use of resources, intelligent dialogue, use of evidence and sticking to promises already made could, however, ease the pain. Until that happens, the problems will only get worse.

Letters, such as the one sent by Dr Paul Roblin, do help, so perhaps practices, LMCs, CCGs and anybody else relevant should be following suit and chucking in their two pennies’ worth. It’s either that or mass resignations…

Do you think the prime minister’s comments will ever become a reality? How should primary care stop the march of extended opening? Do you think it’s a good thing? Whatever your thoughts we would love to hear from you. Comment below or in the forum thread here.

Trending topics in the forum:
If you think your patients are bad…
Prescribers registered to your practice
Scapegoating primary care
Fraud – help please!