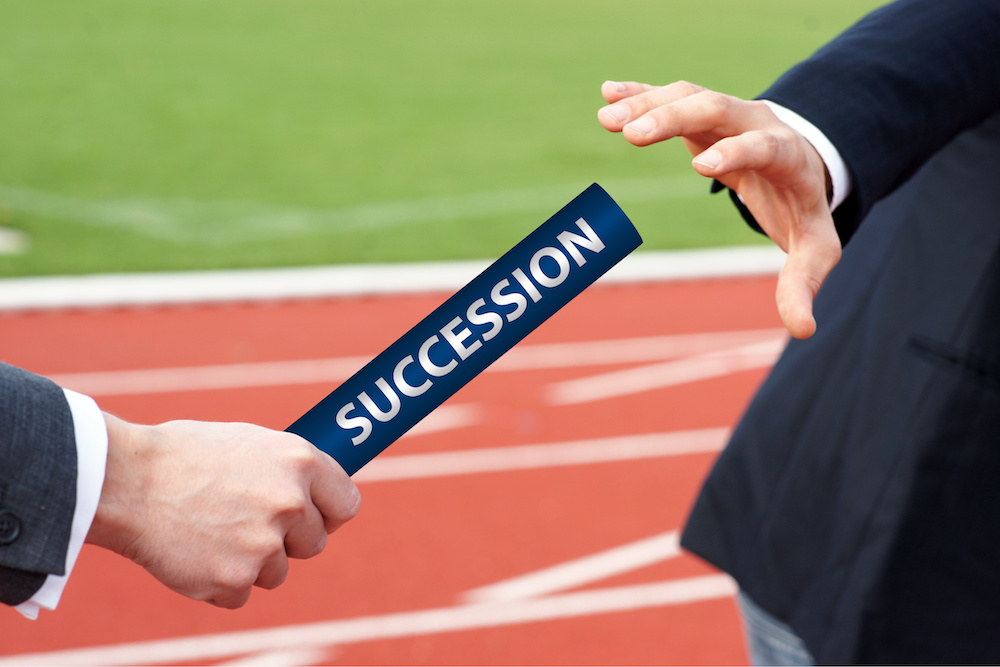 It was John F Kennedy who famously said, “There is nothing more certain and unchanging than uncertainty and change”. Those words seem to sum up the life in GP practices pretty well. They also apply very accurately to an area of practice management that’s receiving more attention at the moment, which is succession planning, not just for GPs, but for practice managers too.

This increased interest is unsurprising. Stats, warnings from the powers at be and anecdotal evidence all highlight how more practice managers are leaving their jobs to head to pastures new, either because they’ve reached retirement age, or they simply can’t take the pressure and extended hours any longer. This potential exodus makes succession planning for practice managers vitally important. So where do you start with your plan? Here are a number of pointers and discussion points.

The first point to remember, according to Investors in People, is to start early. One of the most common problems, the organisations says, is people not giving succession planning the time it deserves. So, try to start thinking about it as early as possible – five years is probably realistic in the changing world of practice management. And remember, succession planning is about more than just retirement. Even eager youngsters will move on at some point.

Is there somebody within the practice who can be prepared to take over your role? Or do you need to look elsewhere? Promoting from within is great practice. It offers strong performers an opportunity to grow their careers (which motivates them to help you) and usually reduces handover time. However, if you find that there are no internal candidates who have the required skills and experience to take on the role, you may need to look externally.

Going through the succession planning process also enables you to identify any gaps in talent on your team so you can proactively work to fill them while the incumbent is still in the role. Succession planning is about being proactive versus reactive. Consider how the practice needs to develop over the coming years pre and post retirement. This could be said for anyone leaving the practice, partners included.

Is a deputy PM the answer?

One approach to succession planning is to appoint a deputy practice manager – someone who could deal with key areas such as payroll and accounts and learn the role over time.

Writing on the Practice Index Forum, one PM said: “We appointed a deputy manager two years ago to prepare for my retirement/ reduction in hours. She has run the back office and QOF type functions. Over the last five months we have begun to work on PM roles such as accounts, payroll, HR and endless PM e-mails. This has given the staff time to get used to her and she has had time to get to know the staff and GPs and the way they work. Our plan is that she will take over as PM soon and I will reduce my hours in the practice to help her with the accounts etc and do project/development work before retiring altogether.”

The topic of deputy PMs is something we’ve covered in more depth on the blog here.

Another suggestion from a practice manager on the forum is to prepare a manual.  “I did this firstly when I retired to leave for my successor. I then went to look after a practice where the manager died suddenly and picking up the threads was, as you can imagine, a nightmare. There were effectively no accounts. I then went to work in another practice where the manager was off sick for six months but eventually left. There was no computer payroll. Little use had been made of new technology and no preparation for CQC.”

Keep an open mind about how succession could work; it’s not always a case of appointing an individual successor and planning a smooth transition. Succession planning can involve overhauling the whole practice, for example. Could combining admin functions with other neighbouring practices be of benefit? What technology can be used to automate processes and procedures? Should the role be changed so that the PM role evolves into more of a business manager role?

According to Investors in People, one of the biggest challenges with succession planning is the difficulty many people have in letting go. If someone has been in a role for a long time, it’s easy to feel that there are lots of tasks only they can do. Therefore, it can pay to work with a third party or a GP or anyone who’s not doing the work day-in-day-out. Emotions can run high, clouding judgment and making it harder to focus on coaching and passing on knowledge – so an objective third party can help keep these feelings out of the planning process.

Your succession plan doesn’t have to be carved in stone; it’s an evolving conversation, not a binding contract. Update it regularly as circumstances change. Both the business and the individual will need the flex to adapt to the unexpected – but doing this within a clear strategy is always more effective.

The best succession plans are living, breathing things that get reviewed and refreshed on a regular basis.

Do you have a succession plan for your role? What advice can you share with your fellow PMs? Let us know by commenting below or head to the Practice Index forum thread here.

One Response to “Replacing yourself: Succession planning for practice managers”
Leave a Reply