Does your practice publish its pay scales?

Does your practice publish its pay scales? 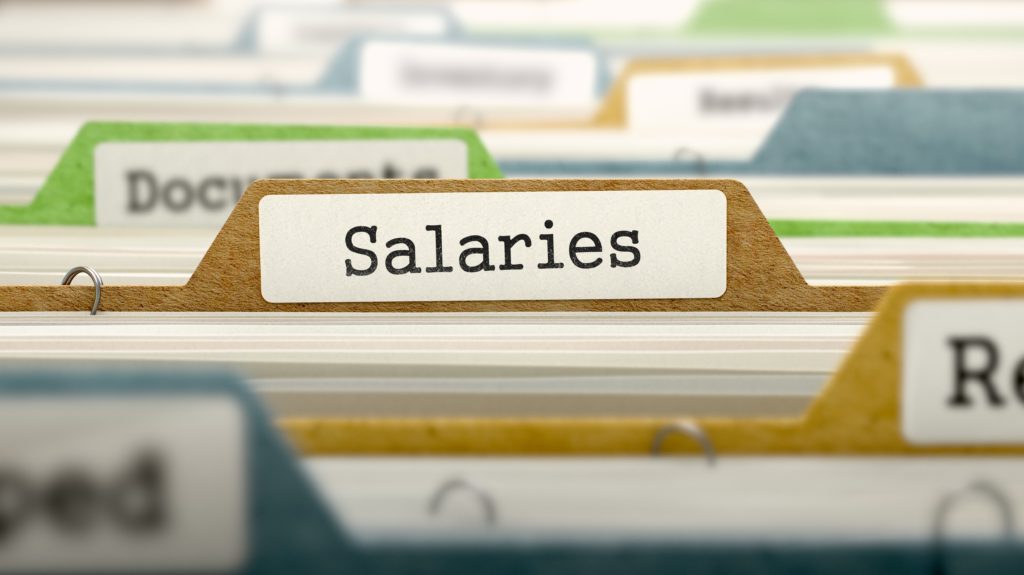 Under the Equality Act 2010, an employee has the right to compare salaries with others to establish differences in pay

Having worked in the general practice side of National Health Service administration, either in a local health organisation or in general practice since the mid 1960s, I’m used to seeing salary scales published annually. Prior to 2005, the Whitley Councils of Great Britain published a selection of pay scales for specific types of employment, such as administrative and clerical staff, nursing and midwifery staff, and ancillary staff. From 1966, GP practices could claim reimbursement of 70% of the gross pay and other costs of their employed staff. But since 2004, reimbursement has been merged into a fixed practice budget. Added to that, a new NHS pay system was introduced which was not well received by general practice and was adopted by only a small percentage of practices.

The average pay for a UK receptionist is £8.95 per hour – Office of National Statistics

The reason why the practice budget system has failed, in my view, is the lack of ring-fenced practice staff pay, along with not aligning such pay with the NHS Agenda for Change pay scales. It was fixed at its inception and did not reflect all pension costs. Instead, it may well have reflected poorly staffed practices and poorly paid staff. The answer you receive from GP employers about paying a decent wage is ‘We can’t afford it’. While I agree to some extent that the new budget does not cover all employment costs adequately, I do wonder what responsibility GP negotiators should take for this debacle. The situation has been worsened by the introduction of the National Minimum Wage and then the Living Wage, as a minority of practices have chosen to pay the legal minimum to receptionists, secretaries and healthcare assistants. Yet, there are contractual requirements to pay GP registrars and salaried doctors in line with the National Agenda for Change pay scales. This seems grossly unfair. Arguably then, is this one reason why GP practices might be reluctant to publish their practice pay scales?

Has practice staff pay slipped compared with other NHS staff?

My past experience of staff pay in general practice suggests that, broadly speaking, prior to 2004 staff pay scales followed Whitley Council Pay Scales. In fact, as an officer of a family practitioner and subsequently an FHSA, we would religiously provide practices with up-to-date Whitley Pay Scales each April, which we assumed were applied to staff pay so as to maximise the reimbursement offered at the time. The simple theory was that reimbursement was based on two full-time staff per full-time GP. Nowadays, that calculation has been complicated by the advancement of part-time GPs, and even more complicated by the appointment of phlebotomists, healthcare assistants and nurse practitioners not originally funded under the Ancillary Staff Scheme. Practices either balance their budgets carefully or hope for recurrent funding for the extra posts. I might argue that a practice manager, as such, has never been directly funded! It has been more a case of the bigger the practice, the greater the variety of posts that could be afforded.

Why no pay scales? Is it really a secret?

There are different types of pay structures. These include a fixed salary per post, a pay spine showing grades and increments, overlapping or not, or applying a grade to a post or series of posts

It would be interesting to know what percentage of practices are open about their rates of pay. I feel a poll coming on! There are, of course, all sorts of reasons why pay scales might not be published. Practice manager posts, for instance, might be advertised as ‘salary negotiable’. Another reason for secrecy is that two members of staff might be doing the same job for totally different rates of pay. Are practices embarrassed that they’re only paying the National Living Wage? One contributor to the Practice Index forum recently commented that reception staff are now expected to act as a filter, directing patients to different sources of care, and this level of responsibility deserves far greater than a National Living Wage. At the time of writing, a poll on the forum suggests that some 30% of practices are using the National Living Wage as a minimum pay level. But there may be other reasons why GP employers aren’t open about their pay scales. For instance, there may be a gender gap in income; or some staff, such as nurses, might be aligned to NHS pay rates while the rest of the staff are not. There might be an inclination to pay staff according to their age, length of service or qualifications. To admit to pay differentials and different performance-related pay systems might cause embarrassment and dissent among the staff. However, being more open promotes transparency, trust and fairness and may avoid dissent and low morale.

Ring-fenced budget – is it an idea?

Perhaps the solution, if one is actually needed, lies in the creation of practice staff budgets that are bid for each year, according to the staffing structure and actual costs, taking into account agreed NHS cost of living increases and NHS pay scales. The costs should include National Insurance and NHS Superannuation Contributions (employers’ and employees’), along with a fixed percentage addition for trading costs. The budget would then be ring-fenced and any savings could not be added to profits but retained year by year. Overspends would not be funded, so it would be important to get the budget estimates right. Just a thought! But this might rectify some of the poor funding issues that have occurred over the years and allow practices more flexibility in the choice of posts that are needed in a modern, forward-looking practice.

NEWS: Call for staff vaccination to be stepped up