The Practice Manager and the Train Set

The Practice Manager and the Train Set 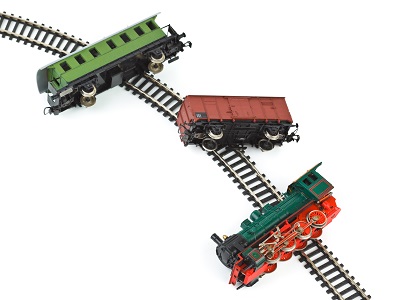 On 14/7/14 the Daily Telegraph reported a case of a practice manager who stole £160,000 from the practice where he was employed. He had used the proceeds to build a model railway, pay for holidays and a car. He had created false invoices to ‘cover his tracks’ and withdrew cash using the practices bank card. It has taken around nine years to find him out. My interest was heightened by the model railway connection. I too have a model rail collection but not funded by theft.

Just not the ticket

Sadly fraud and theft of this type are not unknown in general practice. I am aware of two similar cases. Both involved considerable sums of money. The methodology was similar, misappropriation of petty cash and getting cheques signed whilst hiding the name of the payee. Using a bank card is a new one to me as normally bank cards are not issued on business accounts. The danger for practices is allowing access to ATMs and cheques that are made out to cash.

What surprises me more is that the practices involved cannot have had any effective controls on the finances of their practices at the time. I once asked a group of over 30 doctors at a meeting I was speaking at how many had seen a practice bank statement or signed a cheque in the last six months – the answer was only a handful. So do doctors need to take a greater interest in their income and not just assume that drawings can be taken out willy nilly.

Definitely off the rails

In one case the manager had not kept thorough practice accounts and nine months had to be reconstituted. Not easy when cheque stubs, invoices and receipts are sparse. In another case the so-called manager became a coach driver and after a serious accident driving on the continent lost one of his legs. Rough justice to say the least.

I cannot emphasise enough how important it is for at least one doctor in a practice to fully understand the money that is floating in and out of a practice. One doctor once commented when told the overdraft would not cover the Inland Revenue tax payments that it would be alright at the end of the quarter. It took five years to get back to a credit balance. Yes this was one of the practices where a major theft had taken place.

Have a great rail journey!

Then there are practices that do not keep proper accounts and expect the accountant to sort it all out from a box of bank statements, invoices and payment schedules at the end of the year. One practice had kept no computer accounts and another only had a manual payroll in 2013.

So what could be done to avoid criminality happening in your practice.

2. Ensure that there are two signatories to cheques with one signatory being consistent. Banking on-line usually involves a system whereby the manager can set up a payment whilst a doctor authorises it. Ask to see invoices. Do not allow a manager to sign cheques alone unless there is a limit to the value that can be spent and there is a reporting system to a partner. Spot checks and occasionally challenges can keep folks on their toes.

3. Limit the amount of cash kept in the practice and insist on receipts for all expenditure. Be clear about what happens to incoming cash. This money can be easily pocketed. This is often the weak link. Keep incoming cash separate from outgoing cash. Keep proper accounts.

4. Check bank balances on a regular basis. Banking online is very helpful in this respect. Check all income statements. Things get missed.

5. Set up a budget so that fluctuations can be spotted. Monitor cash flow.

6. Trust no one even yourself!

If you are looking for some HR help and advice when dealing with a tricky employee, then please have a look at our rated and reviewed suppliers in our Human Resources GP supplier directory.