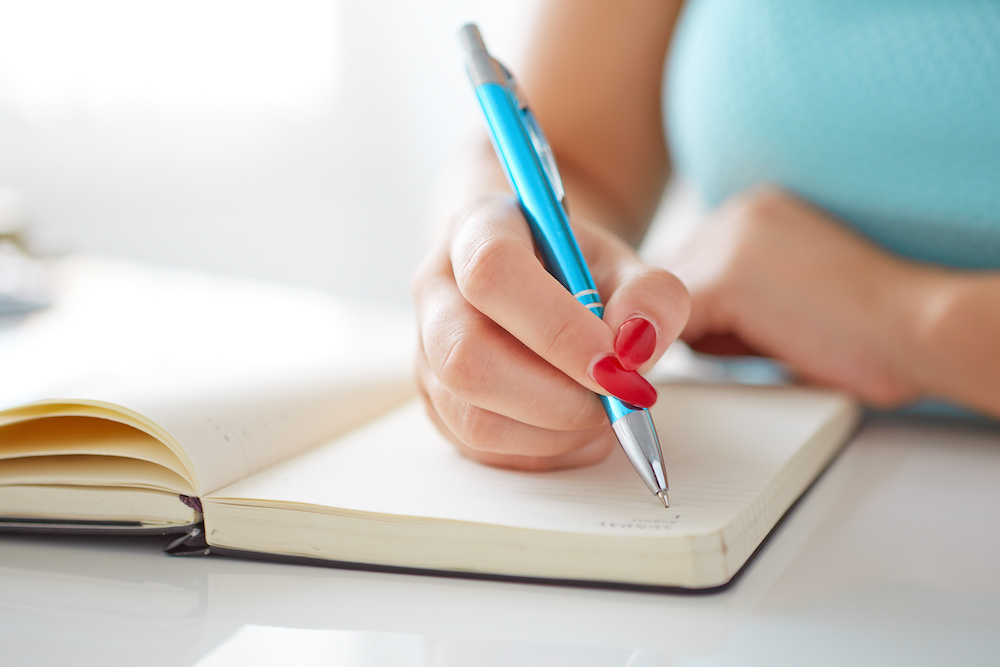 Monday –  why does Monday come round so quickly? Arrived in office to find a complaint that our website has got too much information on it. How am I supposed to respond to that?

Lunchtime meeting with the partners – for once, we stick to the agenda, start and finish on time and no-one says anything about the not-very-attractive sandwiches that were picked up from the local 8-till-late. I now have seven more jobs to add to my to-do list.

Finished for the day but I hear a very sad, faint knock on my door – receptionist sobbing, she knows I’m busy but… sigh. Her son’s been ‘lifted’ she says, for stealing a car – he’d told her his mate gave him the car as payback for a job he did (sounds very shifty) now the Police want to interview her and she’s worried I’ll sack her as a result, and she’s already behind with the rent and the council want to take Chardonnay and Britney away.  I hadn’t realised she had little ones, but it turns out that these are both Staffie-cross mongrels and actually she doesn’t like them because they belong to her boyfriend who left them when he went on a ‘bender’ three weeks ago. Where’s Jeremy Kyle when I need him?

Finally leave at 7pm – wonder where the day has gone; wonder how crying receptionist is getting on with the Police; wonder if she’ll actually turn up for the 8am duty tomorrow. Happy Monday everyone!

Tuesday – a no show on reception – no surprise.  Find myself covering for half an hour until I can get someone else to step in. Secretary calls and goes off sick; she’s a stoic so I know she’s not pulling a fast one, but now an email to the docs to say that nothing routine will go out today. Police phoned late a.m. – apparently, receptionist has told them to phone me to say she won’t be in for the rest of the week as “she’s helping us with our enquiries”  Brilliant…..

Wednesday – 6am call from cleaner – suspicious puddle of water in one of the treatment rooms, she thinks it’s a leak (I call her Sherlock behind her back). Another sigh, another earlier than expected start. Visit surgery and leak is not really suspicious. I’d hazard a guess that we’ve got a problem with a pipe in the attic, most likely the cause of the water pouring through the ceiling and onto the floor. Honestly; I despair. Quick trip to the stopcock and even quicker call to the plumber – fortunately he’s a patient so he’s happy to help at very short notice, but asked me if he could see a doctor while he’s here. Obviously,

I make this happen.

Whizz out of the building later than hoped to meeting with our CCG to discuss the latest in the Winter Resilience programme.  They’ve decided to stop us accessing our clinical system from home because it’s not safe, but they’re going to provide us with laptops that have the appropriate safety virus checkers etc embedded in them.  That’s all well and good but (a) they can only give us one per practice at the moment and (b) they don’t think they’ll have them until April next year.  Not sure which of my five GPs will get the goodies and wonder how this helps the Winter Resilience programme exactly?

Thursday – losing the will to live. Another complaint, but actually I’m on her side – her issues are all valid and I feel a P45 coming, but the tribunal angel sitting on my shoulder says not to open my mouth too soon. What started as a mess became a fiasco – arrange urgent meeting with GP.  Ask apprentice to pop out and buy me a large bar of chocolate – it’s the only way I’ll get through the day what with drinking on duty being frowned upon.

The phones are playing up – some excuse about bandwidth. IT say hang on for the upgrade, it’s only a fortnight away… right… BT say it’s our supplier’s fault, they say it’s a BT problem – or is it OpenReach – or another division of BT as yet unnamed but equally as important. The words ‘brewery’ and ‘p*** up’ spring to mind.

Friday – VAT return day. New system in place – HMRC are ‘Making Tax Digital’… not sufficient that I do the VAT return electronically via the government gateway as that obviously isn’t digital enough. I decide it must be a new directive by some bloke somewhere.

My mother phones – no problems, she’s OK,  but she just wanted to tell me her pond had frozen over – I suggest it might be because it’s very cold this morning, but she’s OK she tells me as she’s still in bed and very warm thanks to the electric blanket. It’s 10am!

I spend a moment trying to remember what it was like to be still in bed at 10 am, on any day, never mind a bloomin’ work day! Fight urge to bang phone down.

Cakes arrive! Yay! They’re almost out of date and the local 8-till-late thought we might like them before they got thrown away… mmm, I think I should be annoyed but what the heck, it’s a cake, and it’s Friday and quite frankly, I really don’t care – at least if I get food poisoning I can have a day off and I’ll be in bed… at 10am.

Made a weary drive home – am on autopilot for most of the way with the Archers keeping me company. Re-think my idea about working at the large supermarket around the corner then remember that a lot of our patients work there as well. Husband has gin ready – remind myself to try not to think about Monday until at least Sunday night.

View all posts by Dottie Trufflebottom →

The five-minute practice manager – Don’t do it, delegate it!