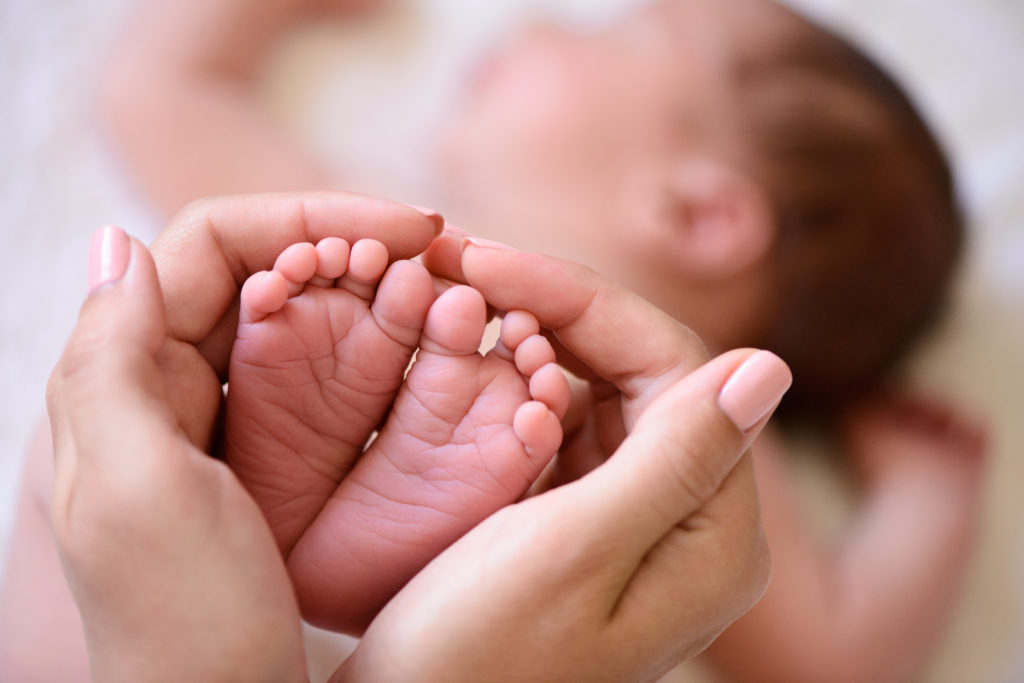 Every day 300 babies are admitted to neonatal care – that’s roughly one in seven babies born in the UK. These babies can be born prematurely (born before 37 weeks) or can be born at term but unwell. The duration of a baby’s stay in the Newborn Intensive Care Unit (NICU) varies greatly and is dependent on the gestation (completed weeks of pregnancy) at which they were born, whether they were unwell, and the severity of their illness or condition. Statistics report that the average length of a stay for a premature baby is 44 days, but for some this can be far longer.*

It’s no surprise that a new report reveals that 79% of the parents of these babies suffer a detrimental effect on their mental health. The neonatal unit is a daunting place and as a parent, you’re entrusting your baby into the hands of nursing teams. Most parents-to-be have been looking forward to the day when they’ll leave hospital with their newborn, but instead neonatal parents, more often than not, will leave alone, whether returning home to sleep, leaving their baby in an incubator or having lost their baby. Not only are these parents dealing with an early or unwell baby, but all their expectations of their future are rapidly changing and they’re faced with an unfamiliar and unnerving environment of monitors and leads.

This week marks the UK’s first Neonatal Mental Health Awareness Week (April 15th – 21st). But given that the neonatal unit is located in the hospital, you may wonder why it’s so important to healthcare professionals in general practice? However, being the people that these families rely on after discharge, your role in the care of these parents is significant.

It’s probably something your team hasn’t really considered – unless members of the team have had personal experience of prematurity – but neonatal parents, siblings and grandparents are among your patients. The parents are focusing on their new child’s well-being and will place their own mental health as a secondary concern. And, consequently, they’ll place added strain on your resources the longer they go without support.

Depression and post-birth PTSD are common conditions which often won’t start to really take hold until the parents and baby have returned home. When there’s a pause to think and reflect, the reality of their neonatal journey can start to weigh on parents’ minds. Siblings and grandparents can also find that they struggle to cope with their experiences. You’re their first port of call for appointments once they’ve been discharged from the NICU. Considering that 33% of mums and 25% of dads who have had a baby in the neonatal unit are prescribed antidepressants or anti-anxiety medications, it’s evident that these struggling parents need the support of their GP practice.

A study carried out by Leo’s Neonatal is an insightful read for anyone in your practice who interacts with new parents (find it here) – for example, your GPs at the six-week check, your nursing team at vaccinations and your reception team who may wonder why a new mum coming in for an appointment is in tears. All of these members of your team will come into contact with NICU parents who may be battling with their emotions.

Naturally, your resources as a practice are pushed, but that’s the purpose of this blog. Taking a few minutes to familiarise yourself with resources for parents will give you the tools to offer support when they need it most. In fact, there are a number of resources that you can access to offer support without dipping into practice budgets or adding to your workload:

Many parents who have spent time in the neonatal unit with their child will suffer the impact of this experience on their mental health for months, even years, to come. Often their own health takes a back seat as they focus on their baby, but with a little extra support from your practice, you could help them to move forward and access the support they need.

This too shall pass – By Nicola Davies