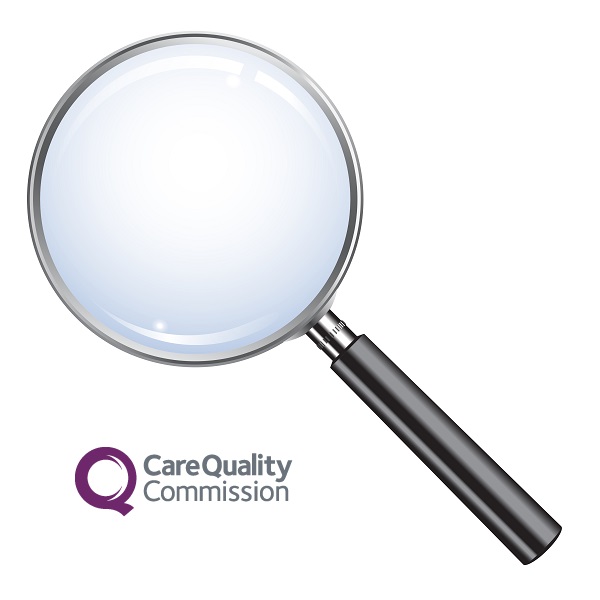 Well, CQC came and went – and to be fair, it wasn’t as bad as I thought it was going to be but let’s go back a couple of weeks to the lead up to the visit…

So, we get the phone call, and the follow up email to confirm that four (yes FOUR!) inspectors are coming over for our visit.  Now, I’ve been through a CQC visit before three years ago, in its early days – one inspector, heavy day, but it was OK and it was over, and we were ‘Good’… but this time, I’ve got four of them pitching up – and of course, I’ve only been at this surgery for a few months, so it’s fair to say, despite all my bravado, I’m a tad nervous that they might catch me out. I spent the day after ‘the call’ working out what I needed from each of my team – and prioritising all of that information… policies, protocols, does everyone know who is the safeguarding lead? Are we up to speed with infection control? Do we have a toilet  monitor in case of a fire?!  I prepared the girls for questions they might get asked, and gave them permission to say it was OK not to know all the answers – but they did need to know where they could get the answers from…

And then the next 10 days leading up to the visit, revolved around CQC and getting ready for the big day.  Policies were reviewed and brought up to date – yes, I know this should be done all the time, but really who does that?!  I didn’t deal with all my emails, I did the barest minimum on my accounts and I rescheduled my holiday so that I was on site.  I could have still had the holiday, but that wouldn’t have been fair to the remaining staff and I was only schlepping around the house cleaning and shopping and surfing the ‘net for Ebay sales (shoes and handbags obviously!) so it really didn’t matter that much – but if I had booked a fortnight in the Maldives, CQC could have taken a running jump!

I proposed a timetable splitting the four inspectors into their relevant areas – the Nurse inspector, the Pharmacy Inspector, the GP inspector – and the Chief Inspector who had the pleasure of interrogating me all day. It was important that we were slick and organised – after all, a good first impression counts (ask anyone who’s been on a date with me!). I thought about having a hot meal at lunch for them but there were two issues with this – firstly, would I be accused of bribery (my secretary does a fantastic slow cooker stew, and we have fresh bread delivered by our local bakery) but secondly and probably more importantly, I hadn’t done a risk assessment on moving the slow cooker from the staff room to the conference room and nor was the slow cooker PAT tested (it’s mine from home!) so we settled on sandwiches, juice and fruit – can’t go far wrong there.

I prepared a presentation with the help of the GPs – a way of putting ‘meat on the bones’ of the practice, who we are, what we do etc and this set the tone for the day.  It’s fair to say that the first half of the day whizzed by – and while the chief inspector was typing up his notes, I quickly did a run around the surgery speaking to the staff who had been interviewed – were they OK? What were they asked?! It was important to me that they were reassured things were going OK – the level of panic and stress had risen dramatically as fear of the unknown had kicked in – but it’s our job as PM to put them at ease  and you don’t want them worrying unnecessarily.

So, the inspectors came, they asked, they ate, they asked some more and then an hour ahead of time, they ‘debriefed’ us. Now this was a surprise in itself that they had finished so early – was this good? Was this bad? What did it mean?! Well, actually, it was all OK. Was it down to the presentation?  Was it because we were organised?  Had they just had enough of that bloomin’ file of paperwork that I’d got together full of policies and protocols, examples and summaries, SEA’s, complaints, benchmarking data from the CCG, the survey from the PPG…. the list was endless – unfortunately, the small forest I had to chop down in order to print all the paperwork is no longer around!

Interestingly, the chief inspector didn’t have any answer to the question…”What the hell’s going on with the proposed 567% increase in fees?” and so that little fight continues but all in all, much as it sticks in my throat to say it, it was an OK day.

I am expecting a ‘Good’ in all areas – they did pick up on a couple of things that I actioned while they were there, so I’m hoping we don’t get marked down, but hey, they’re not closing us down, we’re a good practice and will continue to do what we do, despite them!

Trending topics in the forum:
Anyone else having problems with NHS Property Services?
Nurse gone AWOL!
Practice nurse salaries
10 things you did to prepare for CQC inspection day

One Response to “My CQC inspection – Nicola Hayward”
Leave a Reply