Is now the time to pay the real Living Wage?

Is now the time to pay the real Living Wage? 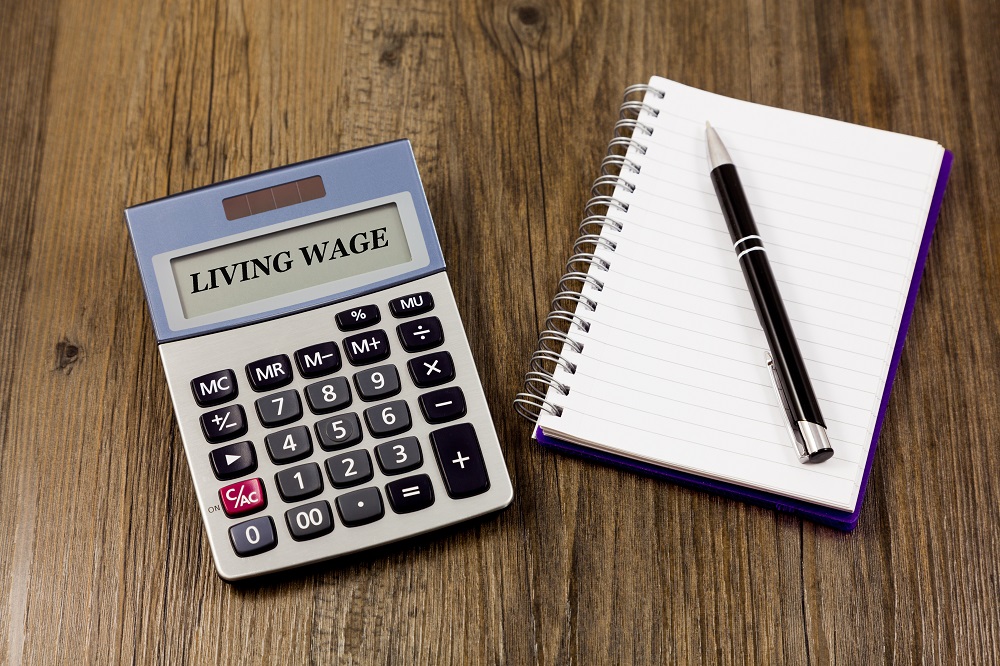 The Government’s recent announcement of pay rises for 900,000 public sector workers – including doctors, nurses and health visitors – unsurprisingly made headline news and prompted plenty of discussion on the topic.

While the greater proportion of the column inches dedicated to the news covered the same ground we’ve been used to seeing for years, one of the more interesting newspaper articles focused on pay for lower paid members of the healthcare workforce – and specifically whether they earn the real Living Wage (RLW). Of course, the answer is no. If we focus specifically on general practice, there are plenty of receptionists, cleaners and lower grade healthcare staff earning less than the RLW of £9.30 per hour across the UK (£10.75 in London).

The RLW is an independently-calculated figure based on what people need to get by – and is different to the government’s ‘national living wage’ (a handy guide explaining more is available on the Living Wage Foundation’s website). Organisations, including GP practices, are increasingly turning to the RLW as a way of boosting staff retention and /or driving recruitment – with those that do saying it’s a positive move.

“We introduced the real Living Wage in 2018 and it has certainly improved retention, made recruitment easier and created a happy team,” says Christina Cleworth, Group Business Manager at the ‎Portsdown Group Practice in Portsmouth. “Everybody is more productive and engaged – simply because there’s a demonstrable sign that they are recognised and valued.

“I learned on a management training course that pay rises alone don’t always lead to lasting motivation or happiness. You can give a pay rise that is very much welcomed in month one. By month two an employee starts to get used to it and by month three it’s the norm. What pay rise? RLW is remembered for far longer – and by more than those receiving the pay rise.

“Staff can feel proud to work for an RLW employer, the goodwill from many staff earning well above RLW has really surprised me. In fact, I would go as far to say that introducing RLW is in the top three proudest moments of my career. A member of the team told me, ‘this means so much – not just to the member of staff, but to their whole family’. When I got the lump out of my throat it sunk in that this is incredibly meaningful to staff and their families.”

Christina recognises that not all practice managers are in such a fortunate position as she is when it comes to having supportive partners who are prepared to invest in the business and their team.

“My partners want to reward the team for the work they do. They recognise they are only as good as the entire team – so took the bold step to invest in their business by adopting the RLW.

“There’s a significant cost to consider – this year the cost of the rise will be X, next year will be Y, the year after we have no idea…but all of our partners agreed immediately.

Interestingly, at Christina’s practice, the last round of pay rises equalled 2% across the board, with 6.7% going to those on the real Living Wage to bring them up to £9.30 per hour. A figure she says is warranted, well deserved and morally right.

“In my opinion receptionists have the most difficult job as the front of house team and can face criticism and abuse from unhappy patients. Primary care is funded from the public purse and in my opinion it’s morally right to provide hard working members of our team the appropriate salary.

“I hear some practices saying that affordability is a problem. My belief, however, is that the money is there, it’s just it’s not being accessed by all practices. Practices need to do everything they can to maximise revenue and then invest in the business. As the average practice list size increases, they should be able to invest more.”

When asked if she has experienced any negatives regarding RLW, Christina answers: “A drawback for some people was the narrowing of some pay differentials. The investment was worth it though.

“The other major drawback is the official accreditation process. This costs money – and in my opinion this isn’t made clear enough. The bigger issue though is that my practice can’t be accredited, because despite investing for three years and making a difference to our staff and their families, my cleaning contractor isn’t a real living wage employer. They can’t afford to pay more because they would have to pass the cost onto customers, reducing competitiveness. I find that really unfair – we shouldn’t be penalised indirectly because our contractors can’t afford to do it. It’s admirable what the Living Wage Foundation is doing, but maybe a two-tier system is needed to reward those who are trying.

“Hopefully someone from the Living Wage Foundation will read these comments and use them constructively. I believe businesses need motivating and, in this respect, it could be a demotivator.”

It’s clear that Christina’s experience of paying the real Living Wage has been positive – and it will be interesting to see if more practices follow suit. The discussions around pay certainly come at a particularly sensitive time for the NHS. A major IPPR and YouGov survey found that one in five of the 1,000 UK health professionals polled are more likely to leave their role after Covid-19. Whether the real Living Wage would change people’s minds remains to be seen.

Have you considered paying the RLW? What are the pros and cons for your practice? How would/could you fund it? Join the conversation by commenting below, or take it to the Practice Index Forum.

2 Responses to “Is now the time to pay the real Living Wage?”
Leave a Reply