I WILL enjoy myself, when I eventually switch off – By Nicola Davies

I WILL enjoy myself, when I eventually switch off – By Nicola Davies 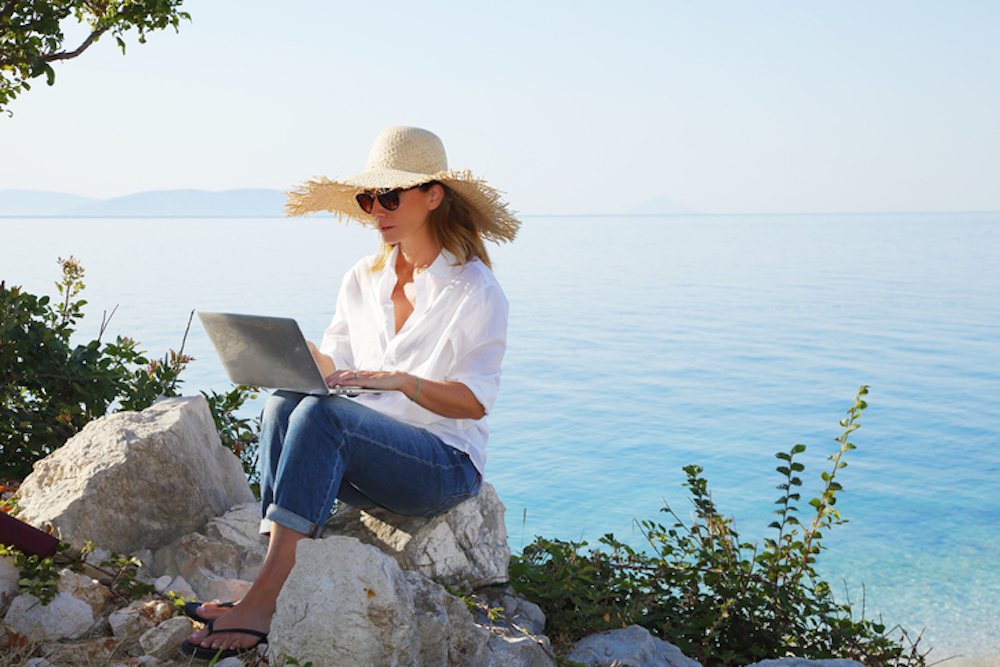 As I write this, I am hastily trying to finish off last minute bits and pieces before I go on leave for a full week. I know, a week! What am I thinking?!

It’s such a full on time at the moment – if I’m not looking at Network stuff, I’m dealing with the new digital VAT return. Gawd only knows how I do it, but I am assured by people with much younger brains that it is – and I quote – “dead simple”. Yeah right!

I’ve made sure that my rent reimbursement claim for the end of the month has gone in early.

I’ve made sure that all the bills that are due to be paid while I’m away are scheduled and there is money in the bank to pay them.  I’ve made sure that my assistant knows where my passwords are kept – obviously, you write them down and stick them on labels on your desk, don’t you?… err… don’t you?! She also knows that if I have an aneurysm while I’m on the plane that she doesn’t need to worry because everything that needs to be done for the next fortnight (allowing her grieving time to get over the loss of course) is already done, dusted, filed, put away, signed, sealed and sorted.

So, why do I get so stressed out about taking a few measly days off? Why does my OCD kick in about three days before I leave and how do I stop myself emailing my admin bunch to remind them to do things that I already know they have done or are doing, or are going to do when it is due to be done… because I trust them to do the job I have paid them to do – or else why would I employ them?!

The week before any leave is spent writing furious notes to myself, stuck all over my desk. I love my cleaner, she doesn’t have the heartsink when she looks at my desk, she just knows she can’t clean it! I check things off, I copy myself into emails so that I know I did actually do what I think I did on the day I should have done it, which invariably is days before it is due, but you know… what if the computer breaks or something?!

I know that this time tomorrow night I will be on my way to the airport, bags packed (three weeks before) passport checked – four times in the same evening and at least twice in the car on the journey to the airport, not forgetting an additional two times before and after check-in. I have the tickets and the boarding passes – also checked a gazillion times, but just in case the print faded or the dog ate them… that DOES happen you know! Everything WILL be done before I leave work, as I won’t leave work until it is…and please God, let me have the willpower NOT to check my emails while I am on holiday (even if it does mean waiting until my hubby is in the bathroom so he won’t shout at me for working).

I WILL enjoy myself – when I eventually switch off, which is usually about day four, not so great if you’re only off for a week but hey ho, it’s all I can do. And now, I’m already starting to think about coming home and the mountain of emails that WILL have descended into my inbox. Wouldn’t it be great if your ‘Out of Office’ message automatically sent back emails to the sender as you’re not there, so don’t bother sending it; that way you wouldn’t come back to 300 emails, most of which to be frank, are rubbish!

Yes, the invoices will build up – but they won’t be due until the end of June at the earliest and you know full well I’ll be back to taking work home again the day I return, so chill out woman!

¡Hasta luego mis amigos! Now where did I put my Spanish phrasebook…?

Topics trending in the forum:
Attending an incident outside the surgery
K041B
Employee with cancer (in remission), causing havoc
Advice – filing blood tests

2 Responses to “I WILL enjoy myself, when I eventually switch off – By Nicola Davies”
Leave a Reply