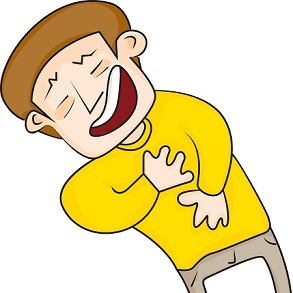 Amidst the hard work, tough deadlines and serious matters of working in a GP Practice there can be days when it’s impossible to stop laughing. Whether it’s a patient that’s done something hilarious or a doctor with a “you won’t believe what just happened…” anecdote to tell, we all have those funny 5 minutes. Here are some of the best side-splitting surgery moments we found on the internet.

There are hundreds of these medical file bloopers on the internet; some which will make you cringe with embarrassment. Here are some of the best medical file mishaps from real doctors notes:

We have no idea how many of these mistakes and mishaps could make it onto medical notes; perhaps a mix of too much work and one too many sherries the night before? Whatever the reason, they gave the doctors, nurses and surgery staff a good chuckle at the time.

Patients Say and Do The Funniest Things

It’s not just GPs that make mistakes when it comes to ‘talking medical’. Patients can sometimes get confused due to feeling nervous or just through simple misunderstandings. Here are a collection of the funniest things said and done by patients, to doctors, nurses and GP staff. You may have even heard some of these yourself!

Remain calm and collected: An emergency doctor got a phone call from a man who was in a bit of a panic; “My wife is pregnant and her contractions are only two minutes apart! What do I do?” Trying to assess the situation, the doctor simply asked “Is this her first child?” to which the man on the phone replied “No, you idiot, this is her husband!”.

An unfortunately common response to a rather common question: A nurse was interviewing an elderly man regarding cardiovascular conditions. When she asked him if he had angina his reply was; “Why no! That is a female part!”.

Always be precise with your instructions: A cardiologist met with his patient for a two week follow-up appointment. The patient told the doctor that he was having trouble with ‘the patch’ that the nurse had given him. He said the nurse had told him to put on a new one every six weeks and he was now running out of places to put it. Concerned, the doctor asked the man to undress only to discover over 50 patches on the patient’s body! Needless to say, the instructions have been changed to include removing the old patch before applying the new one.

Say it loud and clear: One doctor had to be the bearer of bad news by telling a wife that her husband had passed away. When she asked why he explained that the man had died of a massive myocardial infarct. When the wife reported back to her family regarding what had happened she explained that he had died of a “massive internal fart”.

Have you ever experienced something so funny in the surgery that it sounds almost unbelievable? Share your hilarious GP practice stories with us; whether it’s a doctor blooper or a patient anecdote.