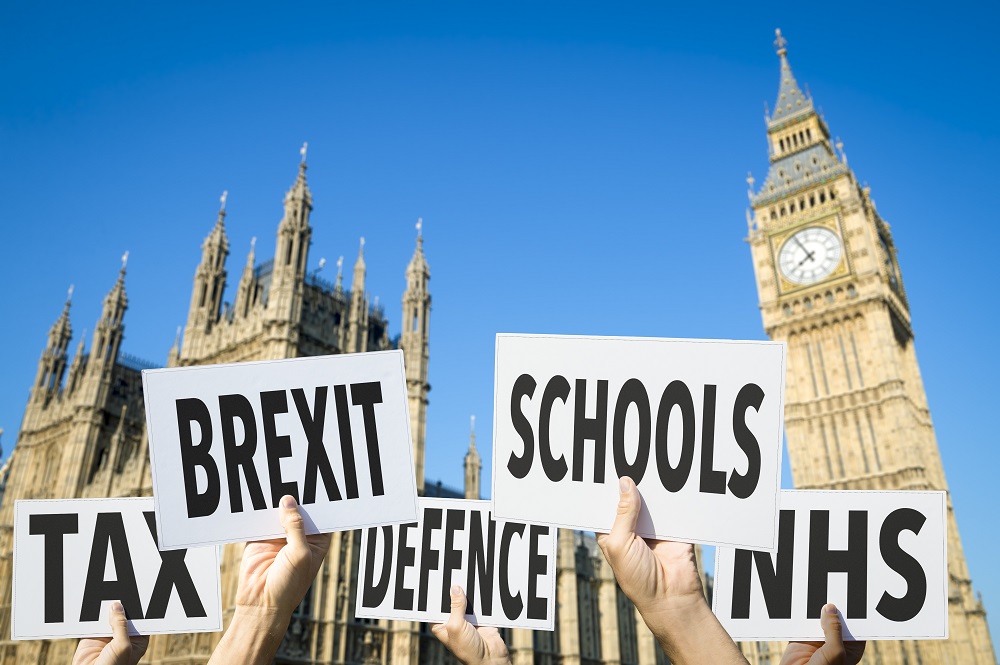 Whenever a general election is on the horizon, you can expect politicians of all types to be particularly amenable, approachable and open to ideas.

It’s no surprise then, that as election day approaches on December 12, each of the main parties have been setting out their stalls in manifestos that, if to be believed, should appeal to just about every part of society, and that includes GP practice managers.

Essentially, all the parties are promising a lot, vowing to boost the workforce, enhance the NHS and increase spending on healthcare.

All are emphasising the importance of the health service and acknowledge the pressures that general practices are under due to growing demand and workforce shortages.

So exactly what is each of the major parties promising?

The Conservative Party’s manifesto 1 is promising to recruit 6,000 more GPs in England over the next five years as part of a bigger plan for 50 million more appointments in GP surgeries to be offered every year – a 15% rise on the number currently on offer.

So far, so good, but this pledge is likely to be greeted with heavy scepticism given that the last such target – to recruit 5,000 more full-time equivalent (FTE) GPs by April 2020 set in 2015 by a previous Conservative government – is almost certain to be missed.

It is estimated that there are actually almost 1,000 fewer GPs (979) working now than there were in 2015. A specific deadline for this previous target has been dropped by the government.

Infrastructure will come first, says the manifesto, which promises to amend planning rules so that the infrastructure – roads, schools, GP surgeries – comes before people move into new homes.

Overall, the Conservatives have confirmed their already announced boost of £34 billion per year by the end of the next Parliament to funding of the NHS.

Other pledges include plans to improve international recruitment and retention of domestic staff, and to train an extra 500 GPs a year from 2021-22, while making sure patients will be able to benefit from digital booking and consultations offered by phone, Skype or online.

The BMA was quick to question many of the Conservatives’ promises.

Its GP committee chair Dr Richard Vautrey said: “The lack of detail as to exactly how all these promises will be made good, particularly with no firm commitment for full reform of the ridiculous pension taxation system, means it remains to be seen whether these long overdue and very necessary improvements will be achieved.”

As for the Labour Party, its manifesto 2 has pledged to boost GP training places to 5,000 and provide resources for 27 million more appointments each year with greater support for community pharmacies.

The party says it would introduce investment of £15 billion extra in capital to fund a programme of modernisation. It also plans to repeal the 2012 Health and Social Care Act.

This would cover commitments already made by the Conservatives to upgrade hospitals and a series of new projects across all sectors of healthcare including investment in digital, AI and cyber technology services.

Within this capital spending commitment, Labour said it would spend £2.5 billion on overhauling primary care estates – no doubt welcome news to many GP practices.

These plans, however, have not been entirely welcomed by all and Richard Murray, chief executive of health think tank The King’s Fund, said: “The Labour Party’s intention to repeal the 2012 Health and Social Care Act would risk a damaging and distracting top-down reorganisation of the health service.

“This would divert NHS leaders’ attention away from improving services and could eat up the political capital needed to deliver other policy ambitions such as social care reform.

“Labour’s manifesto includes welcome measures to recruit more staff, but it lacks detail on how they would retain existing staff at a time when many are leaving their profession due to the intensity of their workloads.”

For its manifesto, 3 the Liberal Democrat Party has said that if it became the next government, it would invest £35bn more into the NHS and social care while reversing the shortage in numbers of GPs in the UK by 2025.

It would raise £7bn a year in additional revenue, ring-fenced for the NHS and social care services, by adding a penny on income tax.

In addition, it would use a £10bn capital fund to upgrade equipment, ambulances, hospitals and other NHS buildings to make them suitable for today’s health service needs.

The Liberal Democrat Party said it would end the current shortfall of GPs within five years by retaining free movement, including for the 65,000 EU citizens working in the NHS, reinstating nursing bursaries and establishing a national workforce strategy to match training places to future needs.

To boost GP numbers, the party plans to train more GPs and make greater appropriate use of nurses, physiotherapists and pharmacists, as well as phone or video appointments, where clinically suitable.

The idea is to move towards single place-based budgets for health and social care – encouraging greater collaboration between the local NHS and local authorities in commissioning.

CCGs and local councils would be encouraged to collaborate on commissioning, including further use of pooled budgets, joint appointments and joint arrangements, as well as supporting emerging governance structures for Integrated Care Systems.

On a longer-term scale, the Party said it wanted to commission the development of a dedicated, progressive “Health and Care Tax”, offset by other tax reductions with the intention of bringing together spending on both health and social care services into a collective budget.

Other political parties make mention of the NHS and healthcare in their own manifestos too, but not always with the same level of precise detail.

The Green Party4 is promising that it would increase funding for the NHS by at least £6bn per year each year, until 2030 – a 4.5% increase on the 2018-2019 NHS Budget – and a further £1bn a year in nursing higher education, allowing for nursing bursaries to be reinstated.

The Scottish National Party5 says it would call on the UK government to match Scottish per capita NHS spending – health spending per head in Scotland is £136 per person or 6.3% higher than in England – amounting to more than £740m more spending on frontline health services in Scotland, compared to the UK.

Practice managers are wise enough to know that during an election campaign,  politicians are likely to promise the world, but some of these promises are unlikely to materialise regardless of who wins control of Parliament for the next five years.

Nevertheless, it is perhaps reassuring that the health service and general practice is very much front and centre of electioneering – well, perhaps as a close second to Brexit.

Topics trending in the forum:
Escaping an onerous 5 year contract
Dealing with problem patient phone calls
DBS check
How long can you employ a locum for?
Who is your flu hero? EXTENDED: 20th December