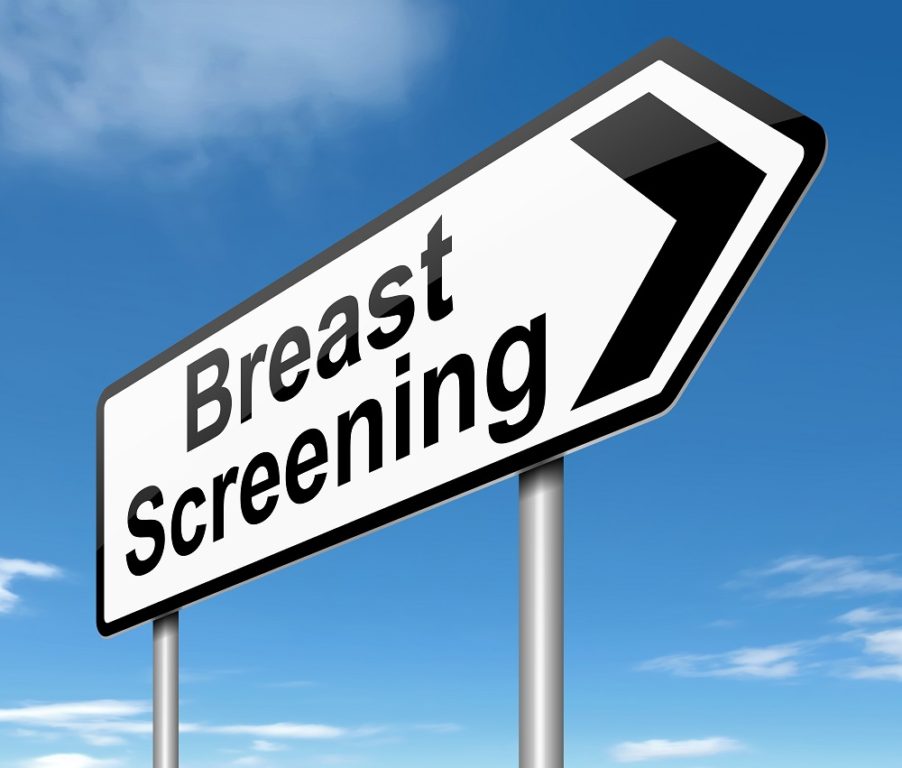 Brenda Nasr, Practice Manager at Earle Road Medical Centre in inner city Liverpool, is a truly inspirational character with an amazing story to tell – one that has recently led to the practice boosting breast screening rates from 52% to over 75%.

Having left school at 16 to work as a hairdresser, via a stint working for the biggest stockbrokers in Liverpool, Brenda first tasted life in the NHS when she landed a job at Walton Hospital (now Aintree University Hospital), Liverpool. This brought the self-confessed ‘people person’ back to a world she loved. She got to work across several departments as a medical receptionist in: A&E, outpatient clinics, the day ward and medical records.

Brenda told us: “I loved the outpatient clinics, because I liked the patient contact; I got on well with the nurses I worked with, the doctors I worked for. I was focused on patient care. I wanted my clinics to be the best. That is something I have carried throughout my life.”

Brenda’s clinical knowledge expanded while working in the medical record department. She went on to do clinical coding, a speciality that GPs are required to do. However, relationship woes struck and Brenda split with her boyfriend, which prompted her to “go away” and experience what would be a life-shaping period of her life – in Saudi Arabia.

After seeing a job advertised for a medical records specialist in King Khalid Hospital, Najran, Saudi Arabia she jumped at the chance. Similar to her job at Walton Hospital, she was a perfect candidate. Her role was to establish a sense of order to an office that needed medical records organising.

“It was bedlam, because everybody just did their own thing,” reminisces Brenda. “I had to set up rotas and manage staff in an office that had no system. Index cards were set up and patients were given dispensary numbers as a lot of them had the same name!

“I managed to do this despite having to deal with the massive cultural differences. But I earned respect by working hard. That period of life taught me a lot about myself and the treatment of people, which I’ve been able to bring into my work today.”

After returning to the UK, Brenda found two part-time jobs both in hospitals working on receptions. Then in 1994 she made her way into the world of general practice after completing management certificates that she funded herself.

“It is very different to working in a hospital. I had gone as a receptionist, just to see if I liked it. And from there on, I then had a couple of supervisory jobs, until I got a practice manager job,” she explains.

The inner-city practice in Liverpool had a diverse patient list. However, Nasr’s previous experience, especially in Saudi Arabia, meant she was unperturbed about the task ahead of her. She went on to work in various practices until she started at Earle Road Medical Centre six years ago – where she very much calls on that experience to drive patient care. “I remember my boss from the hospital days, and she knew her job, I admire that very much. She did not just talk the talk, she could do the walk,” Brenda explains. “I also call on the experience I had in Saudi of dealing with other nationalities. As they say to me here, ‘You are a diplomat, you put things in a different way’.”

That brings us nicely onto the work Brenda is doing within the practice – and the impressive uplift in breast screening.

“The practice is in a deprived area of Liverpool, there’s no getting away from that. Some of our patients can’t use computers and some can’t write very well. I do what little I can to help these people.”

This mindset has led to Brenda setting up multiple patient participation meetings and invited welfare officers from housing trusts in to speak to patients. She also had Liverpool City Council training bus along to teach patients how to use computers for two weeks.

“One day I got talking to a lady – probably at the bus stop, I’ll talk to anybody! – who worked in education. ‘I don’t suppose I can get a few free places to help some of our patients learn how to use computers’ I asked. The lady responded by saying, ‘I can, but better still, I can get a bus with computers and trainers to visit the surgery’. People in the practice thought I was off my rocker, but I just went ahead and made it happen and it proved hugely popular.”

This was the start of many outreach initiatives. The surgery has run multiple patient workshops on childhood immunisation, healthy heart, women’s health and cervical screening. This has seen Brenda win multiple Practice Manager Awards, most recently the RCGP Merseyside and Isle of Man Practice Manager of the Year 2019 for her breast cancer awareness project.

Pleased with the results

Earle Road Medical Centre has recently completed its successful breast screening campaign – which Brenda says they are very happy with, increasing screening by 23%.

Brenda said: “The reason I took this campaign to heart is because my late mum had breast cancer. So, for more than 12 months, I’ve been campaigning in the neighbourhood. Breast screening was really, really low. I was looking at ways to increase this.

“We have got to overcome language barriers, culture and there’s lots of poverty. If you have not got your own transport, it’s not easy to get to Broad Green Hospital for an appointment. It’s two buses, costing about £5, or it’s about £9 in a taxi from the Picton area of Liverpool.”

“I approached the national lottery, the postcode lottery, NHS England, for help with this project, but I was getting nowhere. They were probably hoping I would just give up, but that was not the case.”

But then, having not given up, a breakthrough came when a local housing company volunteered to produce breast cancer screening pamphlets and provide 100 free bus passes to each practice in Picton.

These passes can help those who would otherwise be unable to afford it travel to their appointments and could see multiple benefits, including cost savings for the NHS by decreasing missed appointments and helping to detect any issues as early as possible.

“I absolutely believe in breast screening,” concludes Brenda. “If there is a problem and you get screening, it can be sorted. If patients want to see their children and their grandchildren grow up, they owe it to themselves to get it sorted. If you can get this message to patients, then you will have success. If that requires letters in 10 languages, then it’s what you’ve got to do. It’s well worth the effort.”

The overall aim is to try and give our patients an informed choice and to go and have this simple test that may save their life.

Brenda has helpfully agreed to share the resources she used to drive such a positive uplift in breast screening at her practice. To access these resources, click here

Topics trending in the forum:
Staff accessing patient records
Black Friday
How many hours do you work as PM?
Assistant PM has announced she is pregnant