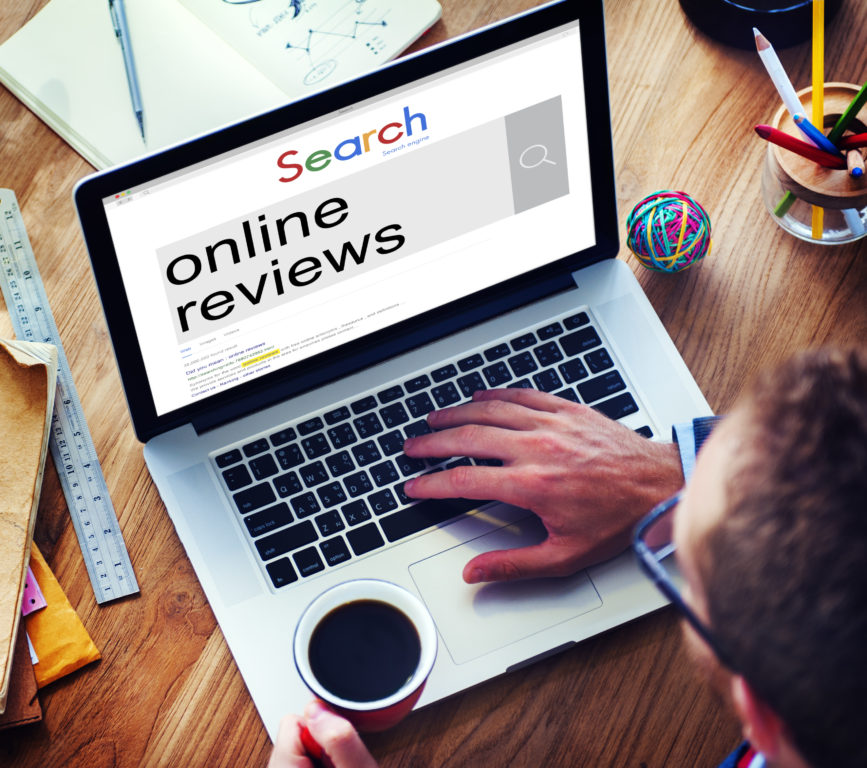 It’s safe to say that the rise of social media hasn’t been 100% positive. Nowadays, keyboard warriors – people who criticise, abuse, and threaten others from the safety (and sometimes anonymity) of their screens – are common in all areas of life.

Sometimes, these keyboard warriors are simply trolls – people who find amusement and pleasure in stoking arguments and bringing out the worst in others. However, other times these posters have a genuine gripe that they want to air… And this can go on, and on, and on.

Online abuse can be directed towards individuals or groups. In the case of GP practices, it’s often both. So, what do you do if a keyboard warrior is doing their best to criticise your practice and undermine your reputation?

How do you handle their attacks and the subsequent effects it has on staff morale?

Despite the rise in keyboard warriors, not all criticisms are necessarily unfounded. In fact, if your practice is receiving an overwhelming amount of negative – but fair – comments, it could be an opportunity to improve certain areas, as we’ve discussed before on the Practice Index Blog.

That said, there are a few counterpoints to the argument that negative reviews should be viewed as a positive. Firstly, people who have strong negative feelings are far likelier to leave a comment than those who are happy with your practice. Unfortunately, that’s just how humans operate. If you’re spurred on by a sense of vengeance (feeling like you’ve been harshly or unfairly treated), then you’ll be more motivated to go out of your way to leave a negative comment.

If you’ve had a great experience, there isn’t this same sense of wrongdoing – which often provides the main impetus to leave a review.

When practices receive a large number of anonymous complaints (or ones from fake identities), it’s likely these all stem from one individual. In fact, commenting on the Practice Index Forum, one PM said her practice received 47 negative comments on Google one day from the same person!

Unfortunately for her, there isn’t much that Google can do – despite the meteoric rise in fake reviews recently. For example, Which? found tens of thousands of fake, unverified, 5* reviews on Amazon last year. And, this trend doesn’t look set to end any time soon.

Comments, whether good or bad, are often fake. However, that doesn’t mean that their effects are lessened. Seeing a restaurant with a 4.9 stars average on Google will undoubtedly fill you with more confidence than one with a score of only 3.7 – even if one’s paid for positive fake reviews and the other’s been plagued by trolls.

A key aspect of healthcare is trust. Patients want to trust their doctor, and to trust their practice – after all, their health and wellbeing are on the line.

Reams of negative comments and reviews only serve to decay your local residents’ trust in your practice. People might be less likely to come to see a doctor, and therefore will become even sicker, or they might visit and expect the worst – picking out the most minor of faults that they come across and sharing these online.

This can have a terrible impact on your staff’s morale. Employees work hard in trying circumstances, and sometimes there’s nothing that they can do. The average wait time across the country is three weeks, yet people feel hard done by when they can’t have an appointment on a date that’s ideal for them.

With overall spending on public health decreasing in 2019, it’s no wonder that residents can’t have everything that they want. On occasion, this even leads to patients making threats against members of staff, as discussed on the forum thread discussing this topic.

We can all agree that this is completely and utterly unacceptable. However, you need to remain as level-headed as possible when dealing with these types of online attacks.

One Forum post stated: “How you respond to comments and complaints can be a reflection of your practice so remain calm and objective.” There’s no point adding fuel to the fire and coming out all guns blazing – going “nuclear” on the situation is likely to do more harm than good.

However, there are a couple of ways that you can address these complaints and potentially take the sting out of them.

Try responding using your personal account rather than your practice’s. Replying from your individual account makes you appear more human, more understanding. That being said, it’s important to have some rules about how you engage with people on social media – the positives of this approach will go out the window if you descend into a series of vitriolic responses or get personal. Once again, this is discussed on the Practice Index Forum.

Another ingenious method involves inviting the critics in (either in person or online) so that they can see things from your perspective. One PM champions this approach, saying: “We suggested that the administrators joined the Patient Participation Group which then gave them the feeling of being involved in improving the practice. We gave the administrators advice on what is and isn’t appropriate to be discussed in the forum. The Facebook group subsequently folded as the negativity was not supported by the original administrators and they were able to provide the up to date information rather than ‘old news’.”

Defusing negativity can sometimes be as simple as showing people the problems that you face and the efforts that you’re making to sort them out.

It’s unlikely that these types of criticisms will ever stop. You can’t satisfy everybody, and plenty of people actually enjoy – and seek out – online confrontation. That means there’s often a need for practices to go out and seek positive reviews – if you don’t ask you don’t get.

The good news is that, in most cases, practices receive a relatively small number of reviews – so it doesn’t take many positive comments and star ratings to balance overall scores and push up ratings.

Make it look real: It’s easy to spot an organisation that has had a review push if all of a sudden a raft of positive reviews appear. Do this and it can be as bad as negative reviews. Therefore, any push should be consistent and happen over a period of time, which happens by making the review request procedure part of everyday practice procedures.

Avoid fluff: The best reviews say something substantial, meaningful and relevant. That comes from asking the right questions (avoid leading questions though) that encourage more than just brief comments.

Talk about reviews in your marketing: Signage in your reception area or waiting room, or even touch pads, can be useful in reminding patients to review you. Also consider mentioning reviews on material available to your patients and in email signatures, or have pop-ups on your website. Plus, don’t be afraid to display reviews on your website.

Don’t fake reviews: Resist the urge to call your friends and family members to solicit positive reviews. Your patients will soon smell a rat!

How have you tackled keyboard warriors at your practice? Let us know by commenting below or join the conversation on the forum.

Receptionist pay rate
Resignation
Member of the admin reading through confidential paperwork
GP registrars – what is their IT experience?

2 Responses to “Battling the keyboard complainers”
Leave a Reply