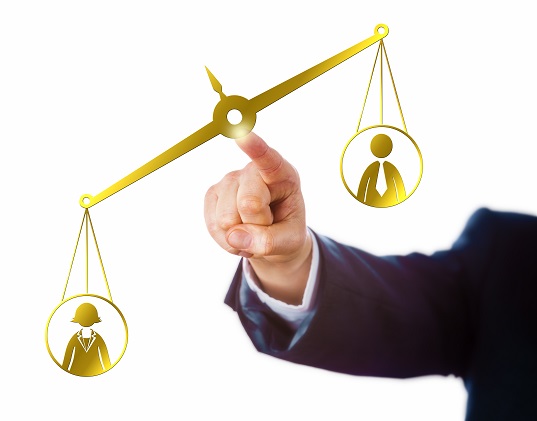 Irrespective of whether or not they are under any medical supervision, any person who wishes to take any steps to change their gender (gender reassignment) is protected by the Equality Act 2010 which  means that they can not be subjected to any form of discrimination including:

Yet despite this protection, as evidenced by the House of Commons Women and Equalities Committee transgender equality review, transgender people still continue to be prejudiced at work. More recently, the recent case of Miss E Bisson-v-Condor (see the transcript at http://bit.ly/1NHo4nB ), although heard in Jersey and as such does not have direct effect in the rest of the UK, highlights the need for employers to take more steps to avoid discrimination.

In this case, Ms Bisson, a transgender woman, telephoned Condor ferries before travelling to ask about toilet facilities only to be advised by an employee of Condor ferries she should use the disabled toilets on the ferry. The Jersey Court agreed that this caused her embarrassment and upheld her complaints of discrimination, ultimately recommending that Condor undertake a review to update staff diversity training and take practical steps, such as to consider signage.

What steps should practice managers be taking?

All business, particularly those who deal with members of the public should review both policies and practices regarding transgender persons. Remember that transgender persons do not have a duty to make themselves known to you so it is possible that there may already be discrimination against people working at or visiting the practice.

The Bisson-v-Condor case makes it clear that: