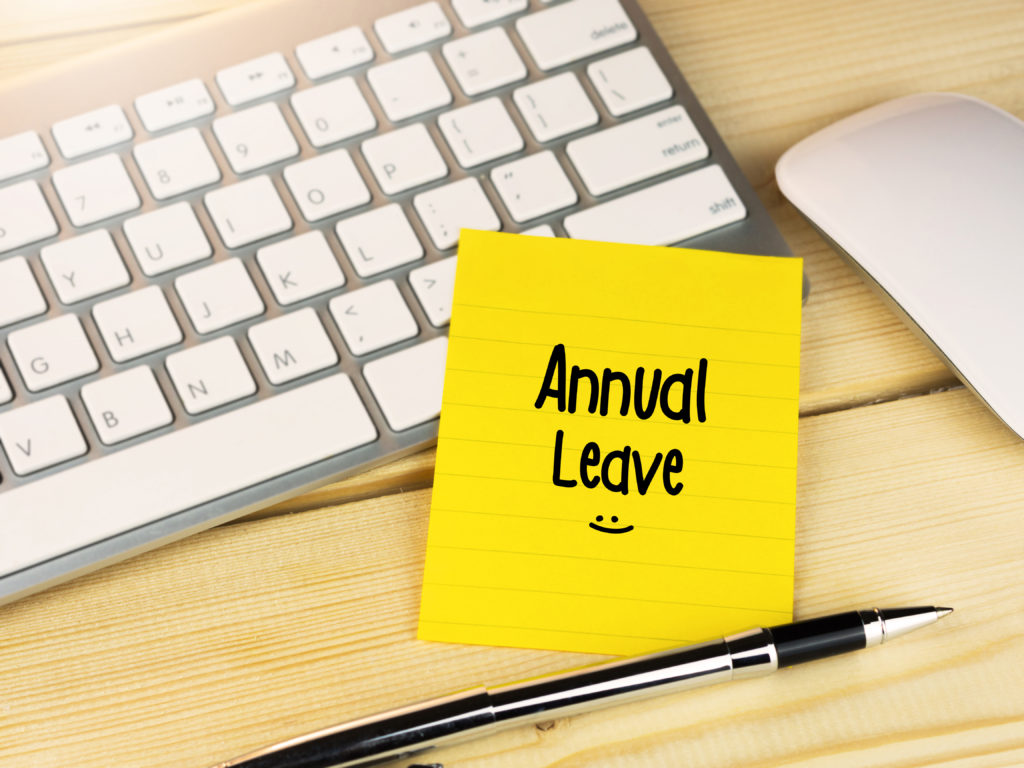 Current UK legislation awards, as a right, 28 days’ leave to all employed persons.

These 28 leave days can include 8 days’ worth of bank holidays, which some might think reduces the leave entitlement to 20 days or four working weeks. Most GPs enjoy at least 30 days’ leave per annum, plus a week’s study leave and they take bank holidays off too! The legislation doesn’t prescribe a number of days for compassionate leave and jury service, but it includes periods of maternity, paternity and parental leave. GP practices vary considerably in the annual leave allowance they award their staff, but generally in the NHS the maximum leave entitlement after ten years’ service is 33 days.

You’d think that finding the time to allow staff at least four paid weeks’ leave each year wouldn’t be a major problem or a contentious issue, but sadly it is. Perhaps, it’s an irritation that a bank holiday is paid leave, although the employer doesn’t work on a bank holiday – never mind the employees. I could add that in the NHS there was an ancient rule that required staff to take the majority of their leave, two thirds of it, before 30th September. This was before winter holidays became so popular.

So what other problems will you routinely encounter when trying to manage absence?

• Sick whilst on annual leave

Being off sick can add an average of another five days, in the UK, to the annual absence of individual members of staff and of course staff can still use their leave entitlement if they become sick whilst on holiday! Now that’s just as annoying as staff going on holiday abroad when they’re already off sick. Staff who are resigning or retiring can add on to their last day of notice any untaken leave and expect to be paid for it.

There’s a strong likelihood that parents will wish to take time off during school holidays, meaning that August can be a problem zone. The problem for employers is trying to be fair to everyone, and it might involve drawing up some form of rota that allows staff to take time off during the most popular holiday periods. In one practice I worked in, the doctors decided in January which school holidays they’d take off. It worked out well until one doctor decided he was taking time off anyway!

Staff are likely to want to take leave at Christmas and for the remainder of weeks in which a bank holiday occurs, which magically extends the number of full-week absences they can take to five full weeks! Again an informal rota among staff might be the solution. Employers can include paid bank holidays in the 28-day leave entitlement. But GP surgeries are rarely open on bank holidays and I suspect that staff would expect to be paid their full hours if asked to work on a bank holiday. I wonder what the reaction would be if they were told you’ve already been paid! However, for someone who worked on a bank holiday, they’d be entitled to a substitute day off. Curiously, there are substitute bank holidays if Christmas Day and Boxing Day fall over a weekend.

The leave year normally runs according to the calendar year, from 1st January, or the financial year, from 1st April. Another problem for managers is trying to decide how to react if staff wish to carry over untaken leave to another leave year. A written application would normally be the answer, explaining why the leave was being carried forward. Agreement, if forthcoming, might be restricted to one week on the understanding that the request wouldn’t be repeated the following year.

Many practices have introduced a system of calculating leave by annual hours. This might have come about after staff had consistently chosen to take their longest working days off as leave. This probably occurs the most on Mondays, when staff choose to take a long weekend. But remember that staff may have complicated working hours which involve alternative long days and short days, as well as morning, afternoon, evening and even middle-of-the-day shifts.

Staff wanting the same day, days or weeks off can cause dissent unless it’s managed well. ‘First come, first served’ may not be the fairest system if staff consistently choose the same holidays. Pairing staff and making them responsible for organising cover might solve the problem, and this applies to the doctors too. There have been a number of reports recently of all the doctors in a practice wanting to take time off simultaneously. Have a leave application form, to be countersigned by those providing cover.

Like it or not, jury service is almost unavoidable, no matter who you are. It normally lasts for a minimum of two weeks and practices should have clear arrangements about whether staff continue to be paid during this time or claim loss of earnings. Jurors also receive a small allowance for travel and subsistence. There may be medical grounds allowing you to defer attendance and it may be possible to postpone the call-up, but my view is that an employer shouldn’t try to interfere with the arrangements. Normally, it’s a once-in-a-lifetime call-up and individuals would be extremely unlucky to have to sit on a jury in a trial that lasted longer than two weeks. I missed being called for a six-week trial on the Selby Train Crash, but I still had to sit waiting for two weeks in the Jury Room.

I can’t say that I’ve ever come across an employer that refused paid leave to a staff member wishing to attend the funeral of a close relative or take a week off when a close family member had died. But these days the interpretation of ‘compassionate’ has been extended to include other family emergencies, such as caring for a child in hospital. I did know one staff member who appeared to constantly attend funerals which gave rise to comments about the size of her family and accusations of her being a ‘coffin chaser’. It’s important, therefore, to specify the extent of the family members that would be covered by compassionate leave, such as spouses, partners, children and grandparents. Your policy should also define exceptional circumstances and who might be in an extended family.

I’m sure readers have heard it all, ranging from the cat has died to the delivery that’s being awaited from Amazon. There will always be exceptions and it’s probably wise to define the circumstances in which a sudden leave request will be approved and the extent to which unpaid leave might be allowed. Keep a record of the reasons given and whether they’ve been approved or not approved. You might allow family emergencies, such as the hospitalisation of a child. But how would you deal with staff who needed time off regularly to support a carer looking after an ailing relative?

Staff should be encouraged not to book holidays unless at least provisional approval has been given, and from trying to extend their holiday whilst already away. Exceptions might include problems with transport when trying to get home. Staff should be asked to book leave at least one, if not two, weeks ahead so that cover can be arranged.

Although leave entitlements should be described in the standard staff contract, you may want to incorporate all the facets of leave entitlement into one document, an Annual Leave Policy, which is adopted by the employer and circulated to all staff. It may save you anguish!

This useful Holiday & Sickness planner for 2019 and the Holiday and Sickness Planner 2019 – 2020 are available to Practice Index PLUS members, in order to simplify bookings and keeping records.